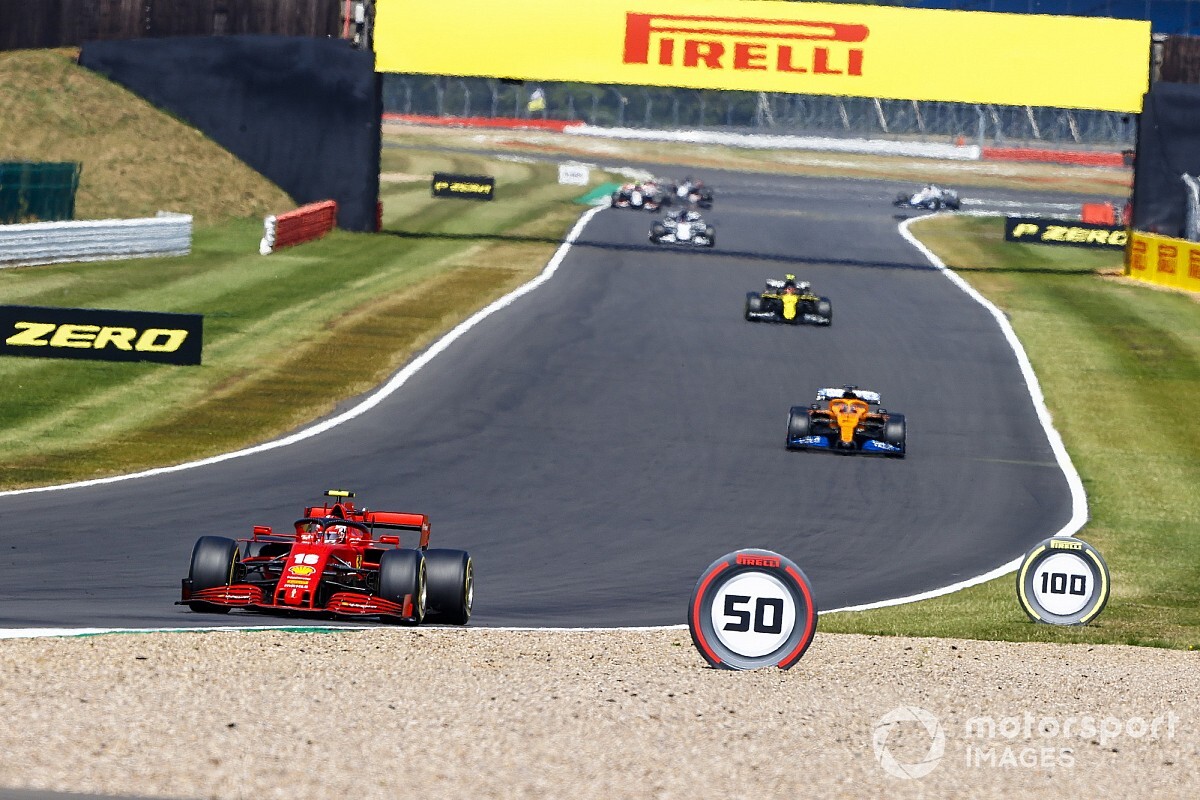 Charles Leclerc says he was not expecting to finish higher than eighth in Formula 1's 70th Anniversary Grand Prix at Silverstone, making him "so happy" about the fourth-place result he eventually achieved.

Pirelli had indicated that it didn’t expect anyone to try a one-stop and potentially risk tyre issues, but Ferrari’s sporting director Laurent Mekies suggested before the race that the Maranello-based team might take some risks on the strategy side.

Along with Renault’s Esteban Ocon, who finished eighth from 14th on the grid, Ferrari's Leclerc used a one-stop to propel himself up the order, having started from eighth on the grid.

In the closing laps he was even able to briefly fend off Lewis Hamilton, who was on new tyres, before the Mercedes driver eventually found his way past en route to second.

"I'm so happy today,” Leclerc told Sky F1. “I mean, for me it feels like a victory, and of course it's not looking good once we call a fourth place a victory, but at the moment it's where we are at.

“And last year I think my weakest point was the tyre management, and I've worked very hard, and every time I work and that I see the results are still on track, it's a huge satisfaction.

“And to get a fourth place today, I expected to go eighth in the best case scenario this morning or further down the grid. So extremely happy with this fourth place.”

Leclerc admitted that he was mystified about the pace he was able to achieve and at one point thought he could pass the other Mercedes of Valtteri Bottas for the final spot on the podium.

“We were very happy and to be honest, we need to analyse to understand why we were so quick, because I don't really understand for now.

"Honestly, I don't really understand where we managed to achieve this performance, because even at the end of the run with the hard, I was doing very well.

“Even at a certain point I even thought about attacking Bottas, Something I thought couldn't happen this year.

“I tried to resist Hamilton because it's right to choose when to do it. At the beginning I gave him space, because I was busy doing my race.

"In the end I was on the podium and I believed in it until the end. The podium would have been unexpected and exceptional, but in the end I couldn't defend myself.”