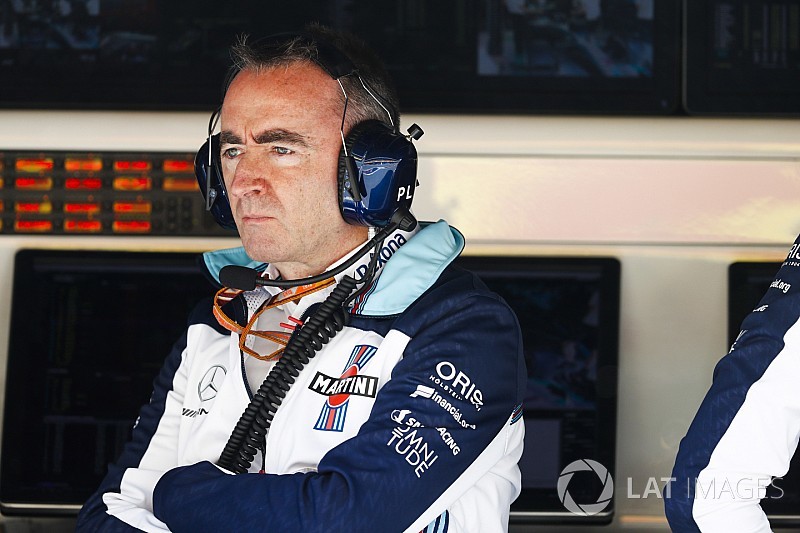 Williams technical chief Paddy Lowe believes he is facing the biggest challenge of his Formula 1 career in trying to get the Grove-based team back towards the front of the grid.

After a lacklustre start to the campaign that has left Williams at the bottom of the constructors' championship, the outfit is seeking answers for the aerodynamic problems that have hit its 2018 F1 challenger.

For Lowe, who joined Williams at the start of 2017 after a title-winning spell at Mercedes, the experience of pulling up a team from the back is something that he thinks could push him harder than when he was battling at the front.

As well as the more recent success with Mercedes, Lowe has also helped Williams and McLaren win titles during his long career.

When asked if his current situation was potentially the biggest challenge he had faced, Lowe said: "In many aspects, yes.

"There have been some other challenges I faced on different occasions, but this is a new challenge for me anyway

"Through the years I've been fortunate in my career not to work in a team that wasn't part or within reach of the front, performance wise. That is where we were always playing, in the top ten and towards the front of top 10 or at the very front end.

"It is a new experience for me to work in a team, which has a lot of work to do to get back to where we want to be.

"So that creates some new challenges for me personally, and I am learning all the time. Some things you get right, some things, if I had my last year again, I would do differently. But I think that is the nature of life.

"You face challenges and you learn from them and hope that that builds your experience to do a better job next time."

Rather than feel dispirited by the long road to recovery, though, Lowe says he is inspired by the potential progress that can be made at Williams.

"I think the more we get into understanding where we are, and why, and what is not working, I think the more positive that makes me feel about the progress that we can make," he said.

"We've got a great team, you know. There are some great creative people back at Grove. And I think if we can work in the right direction, which we are now turning round to do, I think we can make some really good progress."

Top of Williams' priority to sort out is an aerodynamic stall that affects the car on turn in, and means drivers Lance Stroll and Sergey Sirotkin do not have the confidence they need to push.

The scale of the problems has also left Williams pondering whether it is worth spending a great deal of effort on sorting out the 2018 problems, and instead switching its focus early to 2019.

"I think as we get to this point of the year, which is common with all the teams, the focus goes very much more on the current car towards pieces and developments which are also relevant into next year," said Lowe about his team's mindset on this front.

"I think we are definitely moving into that mode now with this car, which should be common with the other teams I would expect.

"Because although the rules are changing for next year quite significantly, there are still many aspects of the car for which the development and the learning on this car was still carry across.

"So, for instance, we probably won't do a lot of work on front wing endplates for the rest of this year, but that's because it's a big change for next year."