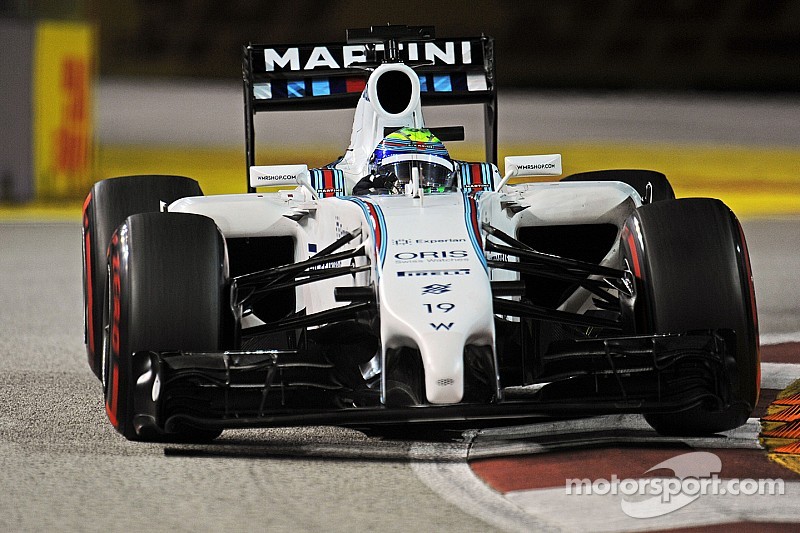 Williams Martini Racing has maintained its third place in the Constructors’ Championship.

A long safety car period after the second pit stops led to a change in strategy from a three-stop to a two-stop race.

Felipe was able to use his strategy to jump the Ferrari of Raikonnen and keep him behind him. Valtteri unfortunately ran out of tyre grip on the last lap dropping him from sixth to eleventh in the final corners.

Rob Smedley, Head of Performance Engineering: We knew it was going to be damage limitation this weekend and on balance we should be pleased with the result as up until the final few corners, we were set to score the same number of points as our nearest rivals in the Championship. We took a calculated risk with the strategy and this succeeded for Felipe as it kept him ahead of Raikonnen who had a faster car, but with Valtteri it didn’t pay off as he ran out of tyres on the final lap which cost him sixth place.

The drivers did a magnificent job behind the wheel and the team has operated very well all weekend. We are heading to tracks that will suit our car more now and we have maintained our third place in the Championship which was the objective at the beginning of the weekend.

Felipe Massa: We changed the strategy from a three-stop to a two-stop after the long safety car period, and the final stint was pushing the tyre to the absolute limit but I managed to make it work. The grip levels were very low in the final few laps but I had a big enough gap to sixth place to ease the car home. Given the nature of the track, fifth was probably the best position we could have hoped for this weekend, but I am of course disappointed for the team that Valtteri’s tyres were not able to hold on until the end.

Valtteri Bottas: After the safety car we moved to a two-stop strategy and in the end the tyres just weren’t able to hold on. In the final lap I had a big lock up in the rear tyres when I was defending and after that I had no grip and cars could easily sweep past. I also had an issue with the power steering in the final stint and this made it harder to keep the tyres alive as I lost a lot of feeling in the car.

If I hadn’t had this issue then I might have been able to go until the end. Obviously I’m disappointed not to finish in the points but we can take a lot of positives from this weekend as we looked competitive at a track that is less suited to our car and we have kept third place in the Constructors’ Championship.

A disappointing Singapore GP for McLaren