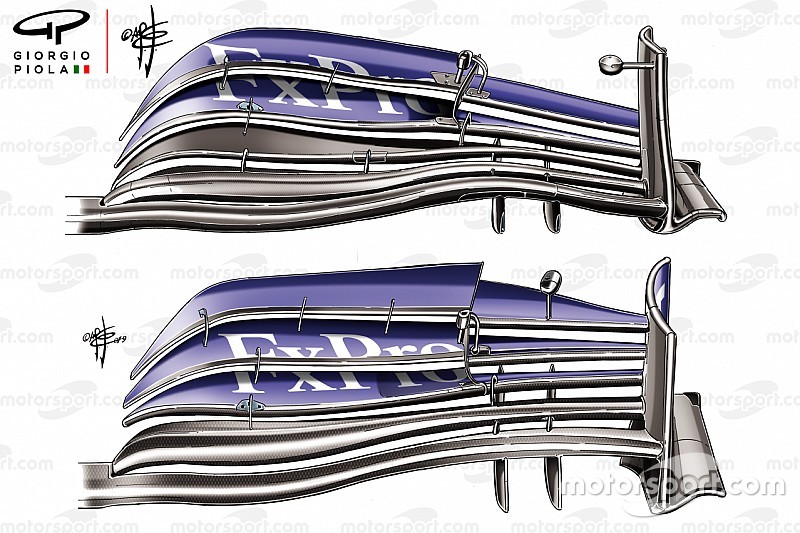 McLaren introduced its biggest upgrade of the season so far at the Spanish Grand Prix – which include a move towards the Ferrari front wing concept.

Having done the first four rounds with a relatively conservative wing design, the Woking-based team has now drifted into the camp occupied by Ferrari and Alfa Romeo.

To do that it has created an anhedral arrangement to boost the outwash profile of the front wing flow.

In Giorgio Piola's illustration, the new design is on top, with the old wing below.

The older specification used the outboard section a lot more to develop downforce and, while the difference in sections either side of the flap adjuster can be seen, it's nowhere near as aggressive in intent compared to the new design.

Here, the mainplane has been changed to fold downwards at the end, sitting much lower on the endplate. This means there's less scope to use the lip on the inside of the endplate to generate any outwardly-moving vortices, placing the onus more on the footplate - which has also been reprofiled to better control those rotational flows underneath.

But that outwash effect is concentrated on the top side, whereas the wing elements on the outside are mounted closer together. 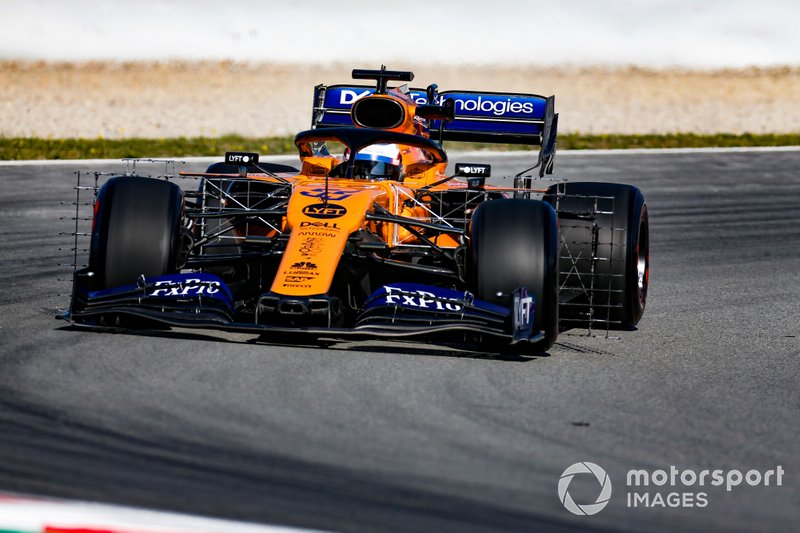 This means the inboard section has to create the lion's share of downforce, and the top three elements extend further down to redefine the vortex produced by the tips. The flap adjuster and tyre sensor have also been moved.

As well as the wing, McLaren introduced a completely reshuffled bargeboard package linked up with a new set of turning vanes to better deal with the wake pouring off the front tyres.

Along the top edge of the bargeboard, the intertwining scale-like pieces pointed at a greater desire to pull airflow downwards toward the sidepod undercut, and the turning vanes were far less spartan compared to those used so far - increasing the tyre wake management opportunities for the aerodynamicists.