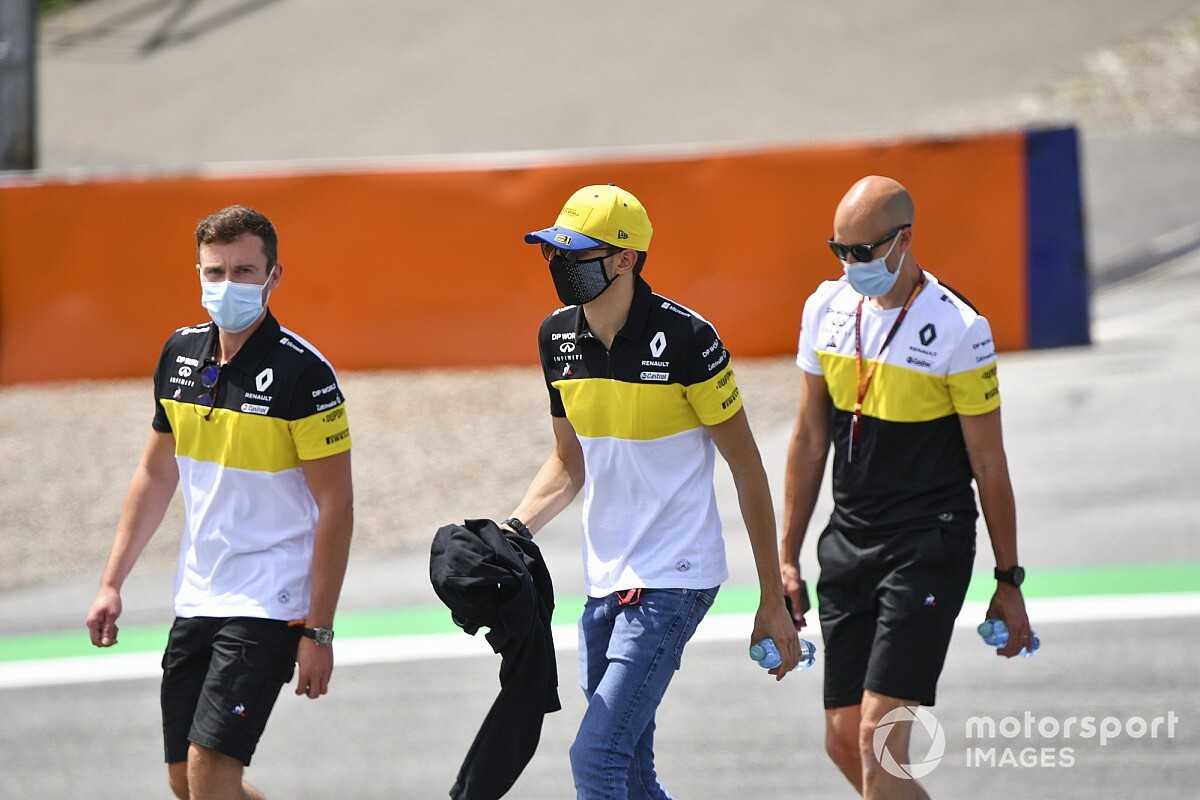 Esteban Ocon says he would be "very happy" for two-time world champion Fernando Alonso to re-join Renault and become his Formula 1 teammate for 2021.

Ocon will be working with a new teammate next year after current partner Daniel Ricciardo announced in May he would be joining McLaren at the end of the season.

It has led to Alonso - who won both his F1 titles with Renault in 2005 and 2006 - to be linked with a return to the team, having walked away from the sport at the end of 2018 following a difficult four-season spell with McLaren.

When asked by Motorsport.com about his teammate preference for 2021, Ocon said that while he has no input into the decision he would like to see Alonso make a comeback.

"My personal choice has no relation to what the team is going to do," Ocon said.

"I have a great relationship with Fernando. The helmet I have and the only swap I did in between the drivers was with him.

"He was the one with Michael [Schumacher], his fights back in the day, that gave me the love for the sport.

"I don't know if he's going to join or not with us, but definitely if he could come back, I would be very happy."

Renault has stressed it will not rush into any decision on who will replace Ricciardo for 2021, but has two world champions in the form of Alonso and Sebastian Vettel - who will leave Ferrari - as free agents.

Renault also has a young driver academy featuring two F2 drivers, Guanyu Zhou and Christian Lundgaard, who could stake a claim for a seat.

Ricciardo raced with Vettel at Red Bull through 2014, and said if he could pick between either driver, he would choose Alonso - purely for a new experience to grow from.

"I would only say Alonso just because it's something I'm yet to experience," Ricciardo said.

"Teammates are great benchmarks and also great additions to your skill set. You can always learn something. I don't believe there's any driver in this sport that's been perfect yet. There's always an improvement to make.

"For that I would say Fernando. In that as well, I only had 12 months with Seb. That went pretty quickly, so I wouldn't be opposed to that again."

Austrian GP: All the winners since 1964