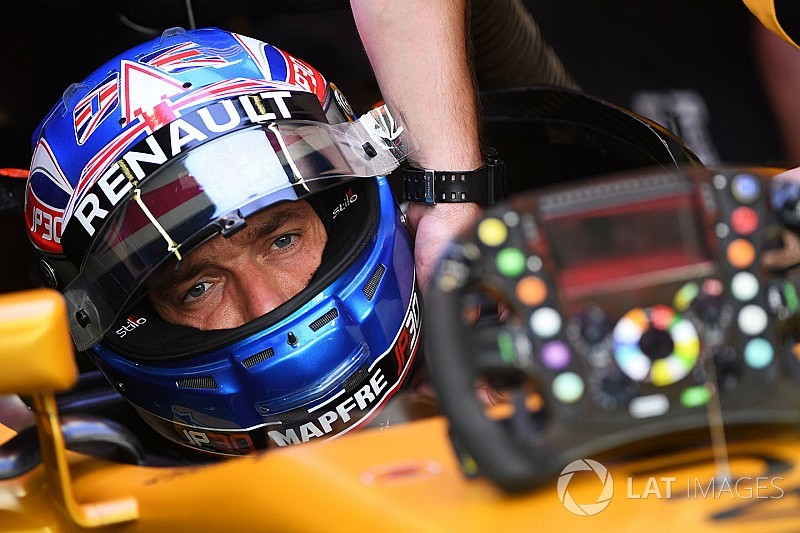 The Renault Formula 1 team believes ousted driver Jolyon Palmer "deserves to be in a world class championship" despite losing his F1 seat to Carlos Sainz.

Palmer was promoted to an F1 race seat after Renault's takeover of Lotus at the end of 2015 and signed a one-year contract extension at the end of '16, but suffered poor reliability in '17 and struggled to match teammate Nico Hulkenberg.

Palmer scored only one points finish, in Singapore, and lost his drive to Sainz with four races to go – a decision Palmer revealed he found out by reading about it on Autosport.

Renault said it was committed to helping Palmer find an alternative drive in motorsport, but the British driver has yet to confirm his next move.

"I think it's fair to say Jo and his family are now more in complete control of the next steps and their future," Abiteboul said.

"We did try to look at options, which I don't want to detail publicly, but I don't think Jonathan or Jo would challenge the fact we've been extremely helpful - the best we could.

"The avenues we explored have not worked out so far, but we will see - Renault is a large family in motorsports, we have a number of activities, so we will see what the future can hold for everyone."

Rumours have linked Palmer to Formula E, where Renault has a works team and also supplies Techeetah, but that has yet to materialise.

"I think there was maybe a timing issue," said Abiteboul, when asked about Palmer's links to Formula E.

"Maybe we could have developed something if there could have been an earlier buying into the process from all involved, but that's not happened so far.

"We will see. Anything we can do to help Jo we will do, because I really think he deserves to be in a world class championship."

The evidence that threatens Ferrari’s resurgence