Sergio Perez has received a reprimand after being deemed guilty of impeding Pierre Gasly in qualifying for the Portuguese GP. 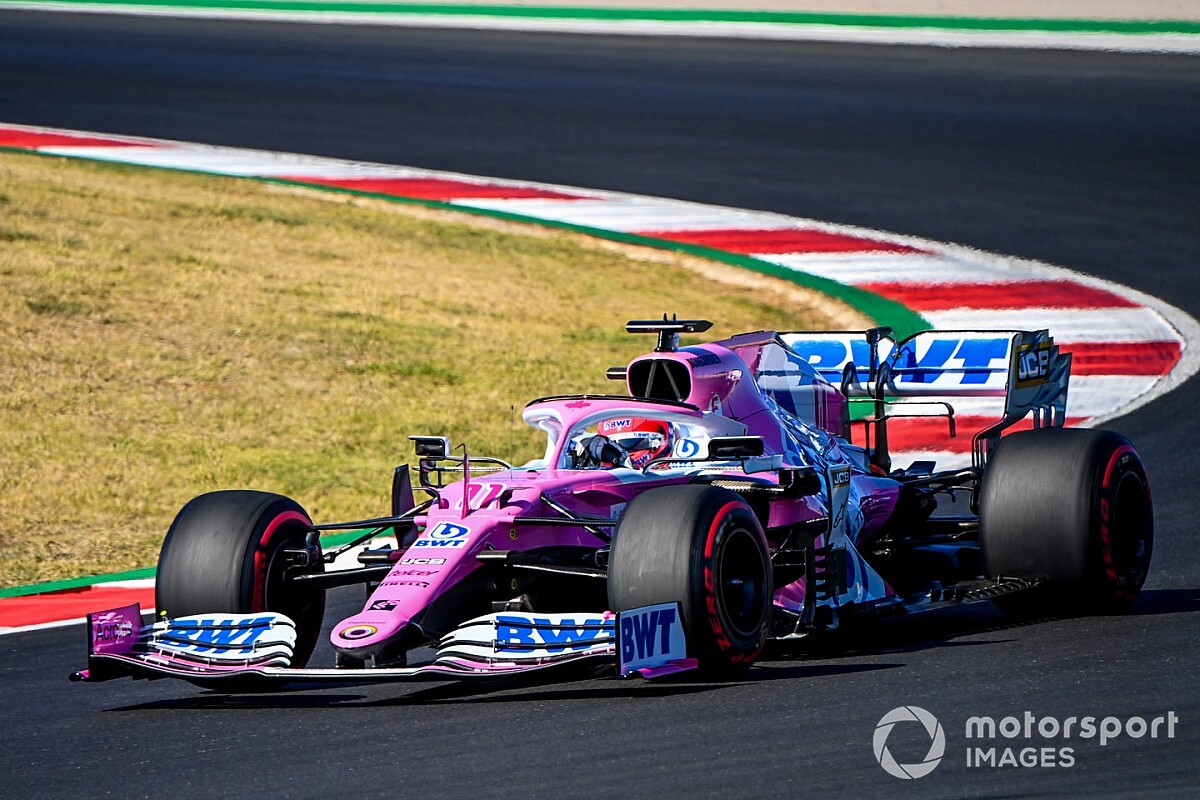 The Racing Point driver had abandoned a fast run at the end of Q2 and was told by the team towards the end of the lap that Gasly was approaching. He tried to get out of the way of the Frenchman, but it was too late.

The stewards decreed that it was a case of impeding, but in effect gave Perez the benefit of the doubt given the hilly nature of the Portimao track, and the fact that it's harder for drivers to see cars approaching in their mirrors.

In the circumstances they felt that a reprimand was a more appropriate punishment than the three-place grid penalty option that often results from impeding verdicts.

Three reprimands trigger a 10-place grid penalty, but this was the first of the season for the Mexican driver.

In explaining their thinking the stewards said that they had spoken to both drivers and "reviewed multiple angles of video evidence and radio calls to the drivers.

"Perez had just aborted his lap at Turn 10, although he was still travelling at relatively high speed. The topography between Turn 10 and Turn 13 is very hilly, and the drivers have very limited vision of the cars behind them. Further, the time between the turns is very limited.

"At the apex of Turn 13 Perez's team got a radio warning to him that Gasly was approaching at full speed. He immediately pulled to the left at the exit of the corner. However, at this point the fact that he was at the apex as Gasly approached definitely impeded Gasly.

"The stewards considered the difficulty to see that was apparent at this circuit, and compared this incident to others during the season.

"The Stewards therefore felt that this fell on the very edge of being 'unnecessary impeding" (as is stated in the regulation) and issued a reprimand."

Perez ended the Q3 session in fifth place, while Gasly will start from ninth on the grid.

Mercedes in favour of Formula 1 engine freeze from 2022