Perez: Bahrain GP should be "the bottom" for Racing Point 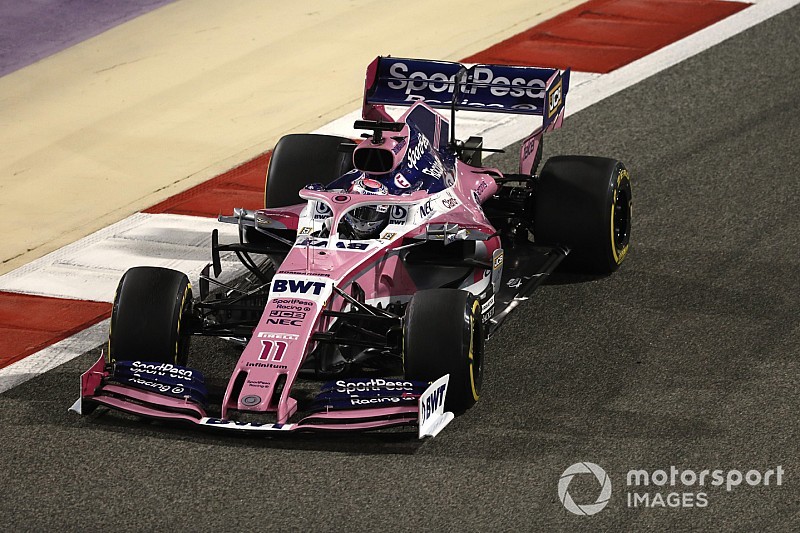 Sergio Perez says he hopes that the Formula 1 race in Bahrain was the “bottom” for Racing Point, having struggled amid a difficult weekend for the team.

Racing Point spent every timed session at Bahrain mired in the second half of the field, its two drivers Perez and Lance Stroll qualifying 14th and 18th ahead of Sunday’s race.

After the sudden retirements of both Renault cars at the very start of lap 54, Perez was elevated up to 10th place, having fought among the midfield throughout the race.

When asked if Racing Point could expect to perform better in the next round at China, Perez was hopeful that Bahrain was the team’s lowest point of the year.

“Last year we also struggled here, so I think to be where we are scoring a point is not a bad result.”

Perez pointed out that he had enjoyed a “good race”, despite the car’s shortcomings throughout the Bahrain weekend.

“It was very good, a good first lap and gained a lot of positions,” said Perez.

“We lacked a bit of pace, for us the pace was not great, and overtaking here is quite easy so there was nothing we could really do.”

Perez was adamant that without the safety car he would have been able to catch Alexander Albon by the end of the race.

The Thai driver finished just ahead of Perez in ninth, scoring his first points in F1.

“In the end we were lucky with the Renaults, but a bit unlucky that we were so close to Albon and without the safety car I could have passed him. “

“These points at the end of the year make a massive difference so we just have to keep scoring as many as we possibly can while the car is poor as it is at the moment.

“Hopefully, step by step we can keep improving the car.”

McLaren loads up on softs in China F1 tyre picks