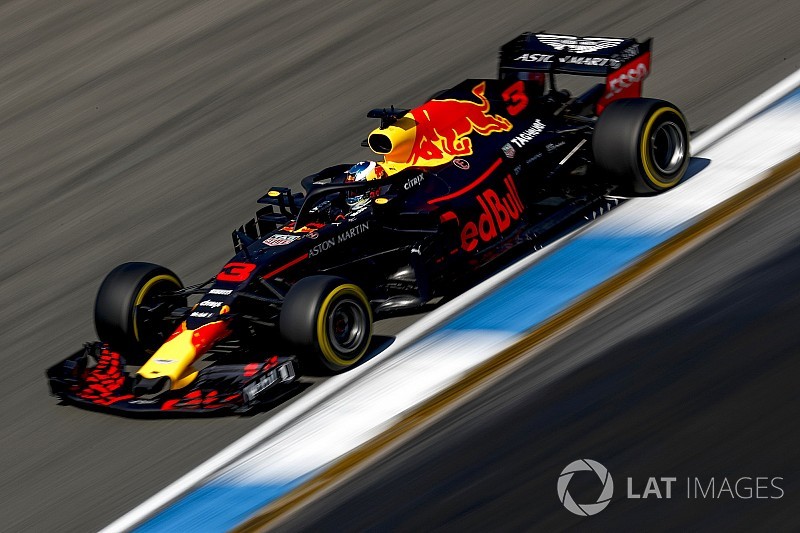 Red Bull was left frustrated by Renault's decision not to provide all the new power unit elements it could for Daniel Ricciardo in Germany – even before the Australian suffered a failure in the race.

Renault only allowed Red Bull to introduce new examples of three of the possible six elements on Ricciardo's car.

As a consequence, the team was not able to benefit from the extra safety net provided by adding extra examples to the pool without further penalty when he was already destined for the back of the grid.

Inevitably, there is still some tension between the two parties as they approach the end of their relationship, exacerbated by Red Bull ongoing contractual hold on Carlos Sainz, which has complicated Renault's driver plans for 2019, and the Hockenheim scenario will only have ramped things up.

The Milton Keynes team had pinpointed Germany for a power unit change as it was felt to be a good compromise for grid penalties, especially with the obvious opportunity provided Budapest coming up.

On Friday, Ricciardo duly took a new MGU-K, energy store and control electronics, which guaranteed him a back of the grid start.

Most observers expected him to follow the normal protocol and then change everything, taking a new V6, turbo and MGU-H for Saturday. He would be getting a "free pass" with no further penalties, and the new examples could be added to the pool for upcoming races.

Renault had already decided that Ricciardo should not take any of those elements for Germany, which meant that the free pass went to waste.

Before the race, it was apparent that the team's management was frustrated by the decision, with Christian Horner telling Motorsport.com: "That's a question for Renault. The normal strategy is to change everything you can."

By an unfortunate coincidence in the race, Ricciardo was forced to retire with a power unit failure, although exactly what failed, and what elements won't now be reusable, has not been disclosed.

"There was no reason to change the ICE, at the time. It's always the same thing, in hindsight after the race, you can always reinvent the world and re-do scenarios, but it's like strategy, wet and dry, it's like lots of things.

"But at the time, when we had to make a decision, with the information we had at the time, there was absolutely no reason. Engine failure can happen at any time, even with a new engine, unfortunately, it can happen, as happened in the past.

"There was no more certainty with a new engine than an old engine, so I think we need to first find out what happened before drawing any conclusions."

Abiteboul denied that the decision not to give Ricciardo new elements was due to a lack of availability.

"There is no situation with availability. First we are really focussed on Spec C, and we are in between two specs and it's better to try and wait for Spec C availability.

"Obviously this answer seems completely inappropriate after the information that we have today, but with a crystal ball you can re-invent the world, and do lots of things very differently."