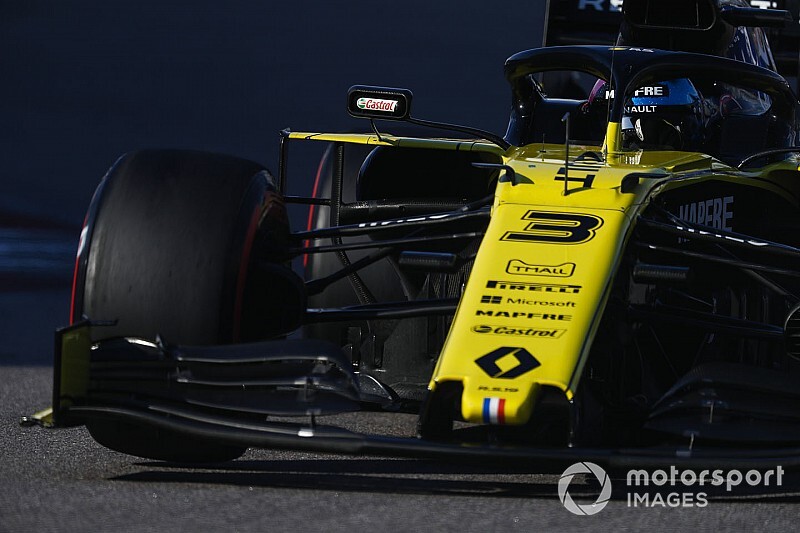 The Renault Formula 1 team will have a new front wing at the Japanese Grand Prix, where Nico Hulkenberg says the manufacturer must target "big points".

Renault slashed McLaren’s advantage in the fight for fourth in the constructors’ championship after Daniel Ricciardo and Nico Hulkenberg finished fourth and fifth in the Italian Grand Prix, but lost ground again after two disappointing races in Singapore and Russia.

It is refusing to relent in its fight to end the year best-of-the-rest and will bring a new front wing and a new "chassis wing" to this weekend’s race at Suzuka.

Chassis technical director Nick Chester said that “externally the changes are pretty subtle, but we expect more downforce and grip as a result”.

Suzuka is not a high-downforce circuit and has long flat-out runs throughout the lap that Chester admits produces “high sensitivity to drag” and a “difficult compromise” when picking the rear wing.

A stronger front end could help that balance and would benefit Renault in the first sector, which features a lot of high-speed direction changes.

Tyre warm-up is also expected to be an issue with Pirelli bringing its harder tyre compounds, and more downforce could help Renault with this as it seeks to cut into the 33-point deficit it has to McLaren in the fight for fourth.

Hulkenberg, who has scored points in the last four grands prix and drawn himself level with Ricciardo on 34 points, believes Renault needs to eye a strong haul from Suzuka. He admits Renault is not making the most of its opportunities, with the team managing to get both cars in the points just three times this year.

“It’s obvious we missed out on points in Singapore and Russia and that’s frustrating given our competitive pace and qualifying positions,” said Hulkenberg, who has started two of the last three races from sixth on the grid.

“We’re still in the battle for fourth. We have to focus race by race and extract everything from the weekend.

“Our Sundays especially have to be cleaner, but that’s down to a range of factors: on my side, on the team’s side and some things we can’t control. We have to target big points in Japan.”

Ricciardo reiterated his belief that he did not “deserve” to leave the previous two races point-less and thinks Renault “should have scored much more than we did”.

“We can’t reflect too much on it, all we can do is focus on Japan and ensuring we do a good job,” he said.

“It’s important we come away with something to keep in the race for fourth. We know it’s going to be tough, but we won’t give up.”