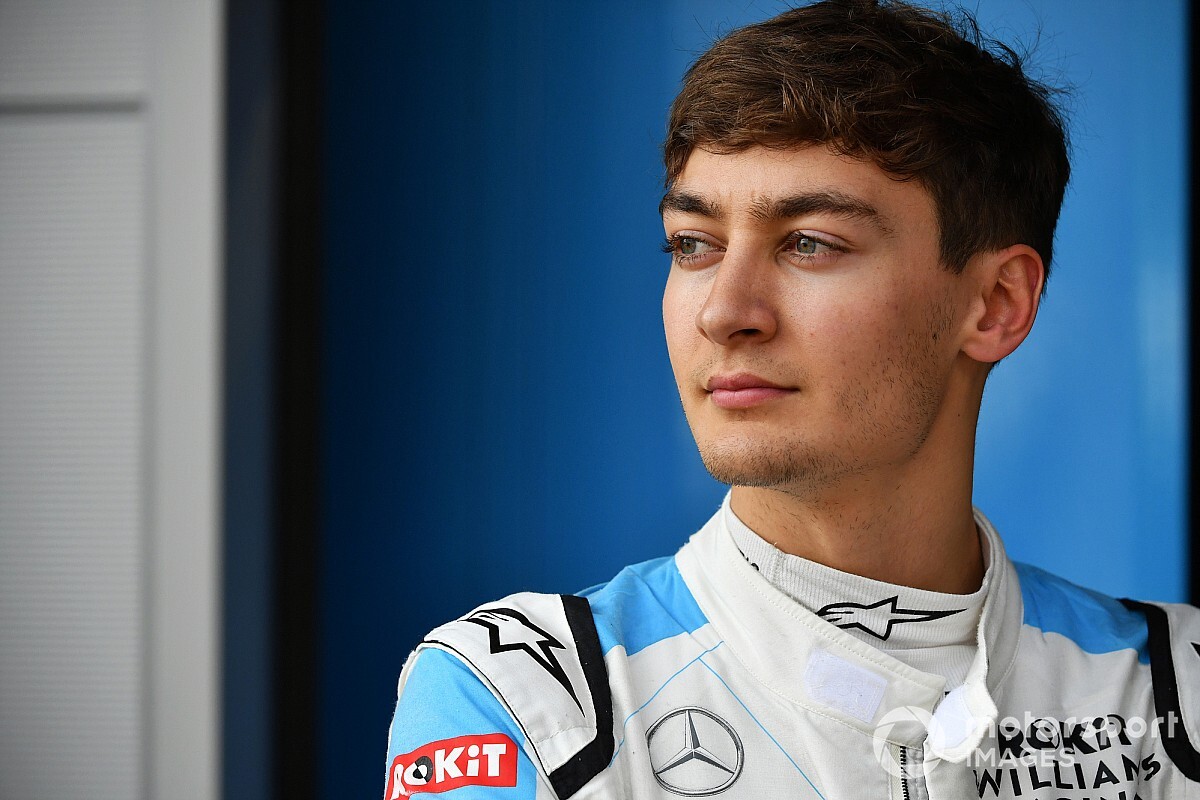 Williams Formula 1 driver George Russell says he can't help but be "a little bit jealous" that several of his close friends are now in competitive seats – but he's adamant that his own chance will come.

Russell says that today's dramatic driver market moves make sense as teams position themselves for the future by hiring young talent, and he believes that Daniel Ricciardo's arrival at McLaren will be a "win-win" for Lando Norris.

Russell, who is committed to Williams for the immediate future and in effect is on standby for a Mercedes drive longer term, has not been part of this week's merry-go-round.

"We're all youngsters, we all want to have that successful career, and races and victories, right here in the moment," he said in a Sky F1 Instagram chat.

"Even Nico Rosberg, I don't know how old he was when he won his first race, how many years he had in F1, but if you're doing the job and performing, we'll all get our chance.

"That's all I can do at the moment. Seeing my mates up there in potential championship-winning cars – it's something I'm a little bit jealous of obviously, because I want to be up there trying to fight as well.

"Nevertheless I know as long as I keep on performing and I keep doing my job to the best of my ability that opportunity will come whether it's next year, two years, five years, 10 years. It should come."

The Englishman, who is friendly with Charles Leclerc and Carlos Sainz as well as Norris, admitted that was more aware than most outsiders about what was happening behind the scenes in recent days.

"I may have known a little bit about it in advance!," he said. "It took me by surprise a little bit to start with, but it all makes sense.

"The likes of Ferrari, you've got to start looking to the future, with Charles and Carlos, that could potentially be their line-up for five, six, seven years to come.

"I think in any organisation that stability is what people need. Two mega good drivers side-by-side, and likewise with Lando and Danny.

Russell believes that Norris can only benefit from having an experienced proven race winner as his teammate.

"Daniel going to McLaren is going to be good for Lando, he's going to relish that challenge. Having a really strong team mate next to you, I think Lando's in a bit of a win-win situation there, so it's great for him. It's exciting I think for the sport.

"Daniel still has a number of years in him, and both he and Lando could be at McLaren again for four, five, six years to come. It all makes sense when you think of it from that side of things. Like I said, it's just exciting for the sport."