Russell doesn't need "pats on the back" from Mercedes

Formula 1 driver George Russell says he doesn’t need “pats on the back” from his benefactors at Mercedes, and would only expect regular feedback from the manufacturer if he were underperforming.

Russell has been on Mercedes’ books since 2017 and won the GP3 and Formula 2 titles back-to-back with the marque’s backing, before graduating to F1 to race for its engine customer Williams.

And though teammate Robert Kubica capitalised on the Grove-based team’s only opportunity to score points in 2019 in Germany, it was Russell who was Williams’ yardstick for most of the season, completing a clean sweep over Kubica in qualifying.

But when asked whether he was in regular contact with Mercedes during the season, Russell said he saw a lack of criticism as sufficient validation.

“When I raced GP3 and I won GP3, I got a phone call to say ‘well done’, but straight away we were talking about doing Formula 2 and doing FP1 sessions with Force India. At the time, I was like, ‘I’ve only just won the championship, surely I should be having a celebratory party or something’.

“Then again, when I went to Formula 2 it was clear the goal is to win, and if you win you win an F1 seat. I won the championship, ‘well done’, and now it’s Formula 1.

“My job, I should only be getting a bollocking if I don’t perform to a level. That’s the mentality, and they do appreciate it when you do something special, but everybody in a Formula 1 team - that’s to the chefs in catering, they’re employed to deliver great food, the aerodynamicist is employed to deliver a great aero car, engineers and strategists are employed to perform a great strategy and set-up and everything.

“It’s just the world we live in. I’m in contact with them every week and I always seem them at the races. They’re definitely pleased with what I’m doing at the moment.”

Mercedes boss Toto Wolff said at the conclusion of the season that the manufacturer was “absolutely certain that he [Russell] has the qualities of a potential future Mercedes driver”.

Russell then drove for Mercedes for post-season testing, an outing Wolff stressed was not about evaluating the 21-year-old but rather building up experience.

Mercedes’ current drivers Lewis Hamilton and Valtteri Bottas are out of contract at the end of 2020, while Russell and Mercedes’ other top protege Esteban Ocon are signed with Williams and Renault respectively through 2021.

“Being part of Mercedes first is a huge honour,” Russell said. “To be part of what is the best team in Formula 1 at the moment. Also, just being one of two [junior] drivers, they’ve got some younger karting drivers at the moment but as of this year, it was just myself and Esteban.

“That’s a real privilege that they’re just not looking for Tom, Dick and Harry but are investing their time and effort into people they believe in. It gives you extra motivation to perform.

“It’s right in the back of my mind that maybe one day there could be an opportunity there [at the factory team] and obviously Mercedes are so influential in the world of Formula 1, they’ve got, as of 2021, four teams [that] will be using a Mercedes engine.

“To be part of a team like them is massive but from my side I try not to live in the past or look into the future, just try to work in the here and now.” 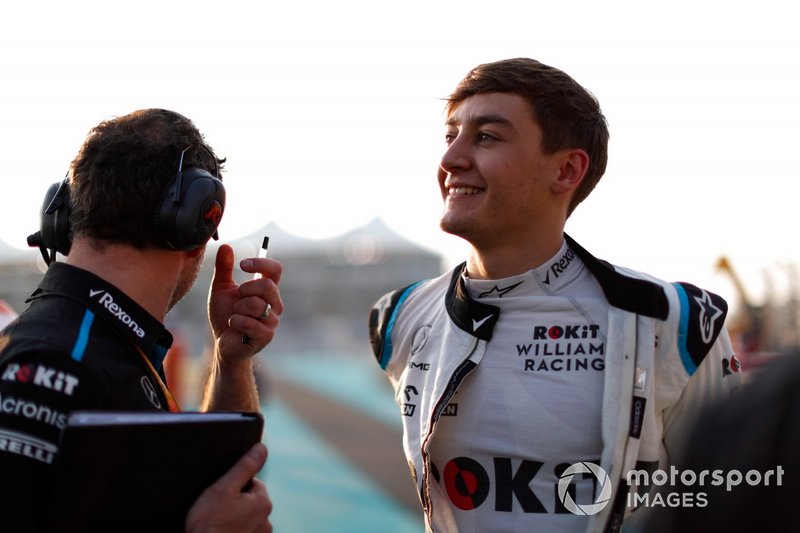 Why Sainz's first win could be costly for Ferrari long term