Schumacher 'has nothing to prove' in FP1 run - Leclerc

Ferrari drivers Charles Leclerc and Sebastian Vettel have both voiced their support for Mick Schumacher on the eve of the youngster's official Formula 1 debut in FP1 at the Nurburgring. 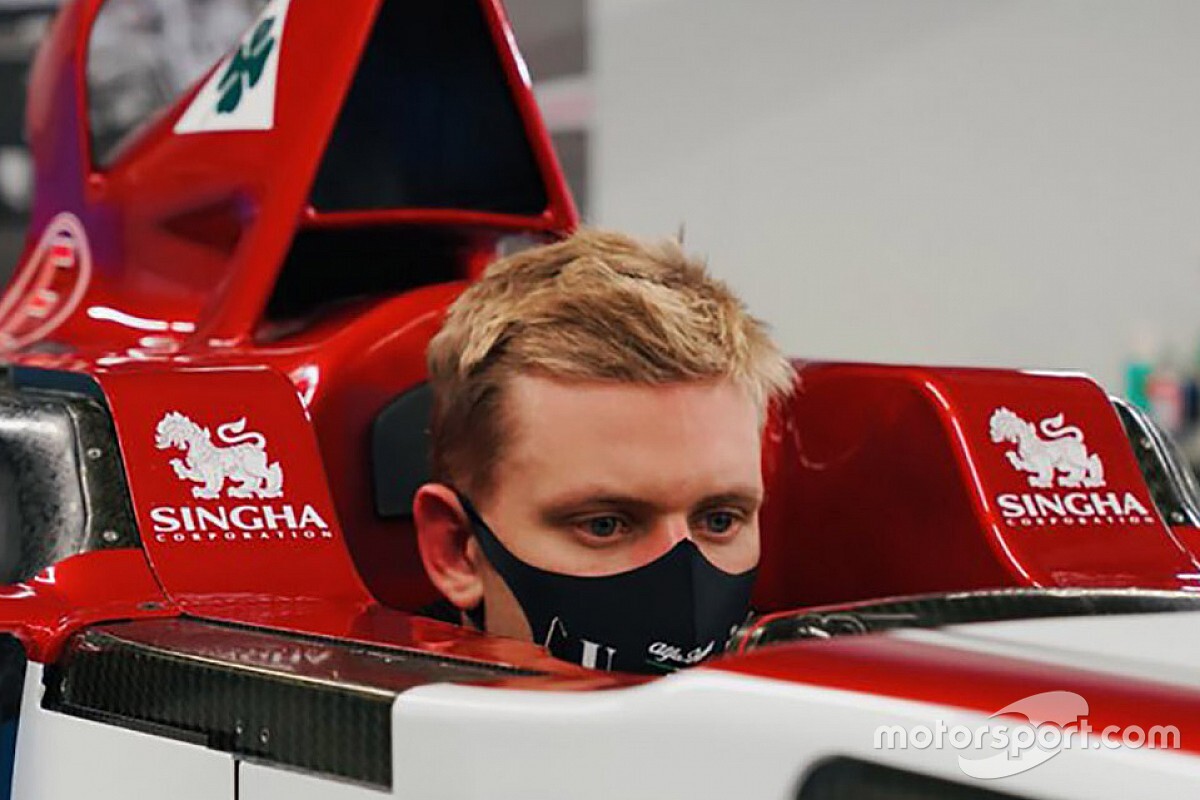 F2 championship leader Schumacher will drive the Alfa Romeo of fellow Ferrari Driver Academy member Antonio Giovinazzi in the Friday morning session, in what are expected to be tricky cold and wet conditions.

Schumacher is following in the footsteps of FDA graduate Charles Leclerc, who gained FP1 experience with Sauber in 2017 before landing a race seat with the Swiss team in 2018.

Given the likelihood of a tricky wet session Leclerc said that Schumacher has nothing to prove after showing so well in F2 in recent weeks.

"Looking at the conditions of this weekend, it's probably not the easiest of debuts," says Leclerc. "But speaking to him, I think every time he tried a new car, it was always in the rain. So it won't change much for him.

"It is going to be a tricky session. But he doesn't have to prove anything. I think he has proved everything he had to in F2 this season. And I'm sure he will do a great job tomorrow."

Vettel, who was mentored by Schumacher's father Michael early in his career, believes that Mick has done enough to land an F1 race seat in 2021.

"I think he deserves his shot this weekend," said the four-time world champion. "And hopefully we see him not only tomorrow, but hopefully another Friday this year. And then hopefully in the car in a race seat next year. I think that's what I wish for him.

"Obviously he's having a great season, he's leading the F2 championship, and as I said, I hope he can seal the seat for next year.

"I think he's a great kid. I really like him. And I'm sure he's going to go a long way and do well. So this is probably just a sort of kick-off for him."

Schumacher's teammate for the weekend Kimi Raikkonen is also upbeat about his prospects.

"We spoke some years back already, and he's a great guy, and a copy of his father in many ways," said Raikkonen. "It's great to see him, I think it's nice that he'll be in the car tomorrow. It's a shame for Antonio, but it's FP1.

"Hopefully the weather is going to be okay, so we get normal running. If it's miserable like today it's not gonna be that much fun, but I think it's great to see him during his first appearance, especially with us."

Hamilton against tearing down trees for new Rio F1 track