Lewis Hamilton dominated the Spanish Grand Prix for Mercedes at Barcelona, round six of the 2020 Formula 1 World Championship. 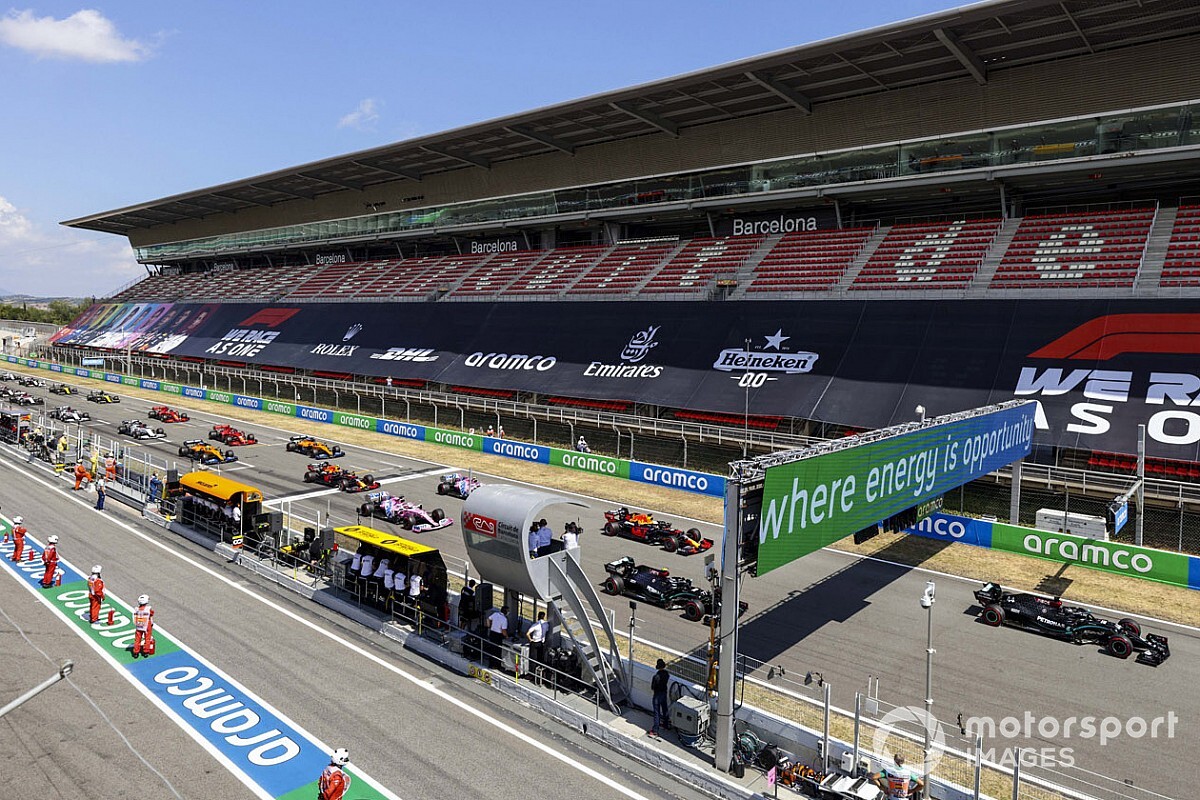 Hamilton led from pole, with Verstappen immediately moving up to second, with Lance Stroll barging past the slow-starting Valtteri Bottas at Turn 1, as the Finn’s Mercedes fell from second to fourth – just holding off the second Racing Point of Sergio Perez at Turn 3. It took Bottas until Lap 5 for him to DRS past Stroll on the approach to Turn 1.

Verstappen pitted for medium tyres at the end of Lap 21, after teammate Alex Albon had earlier changed to the hard-compound tyres. Hamilton responded with the same tyre strategy as Verstappen, although a sticky left-rear delayed his exit as Mercedes double-stacked its cars.

Verstappen was 4s behind by this point, but fell back to 9s in arrears by Lap 40. He stopped again with 20 laps to go for more mediums, but was clearly racing Bottas for second rather than Hamilton for the win.

Bottas switched to the softs for his final stint against Verstappen on mediums, while Hamilton dismissed Merc’s idea of also switching to the softs and took more mediums to the finish. Bottas gave up in his pursuit of Verstappen, and took new mediums near the end to ensure he scored the point for fastest lap.

They were the only three cars to complete the full 66-lap distance, with Hamilton lapping everyone up to third place.

The Racing Points battled hard after their first pitstops, after Perez had to battle past an early-stopping Carlos Sainz (McLaren) for sixth. Perez (who got a 5s penalty for ignoring blue flags) and Ferrari’s Sebastian Vettel went for ambitious one-stop strategies.

Perez kept the fresher-tyred Stroll at bay by 2s, but the time penalty dropped Perez behind Stroll to fifth, with Sainz sixth. Vettel just clung on to seventh ahead of Albon,  Pierre Gasly (AlphaTauri) and Lando Norris (McLaren).

Hamilton felt "in a daze" on way to dominant victory