Haas Formula 1 team principal Gunther Steiner has revealed he held a “clear the air” meeting with drivers Romain Grosjean and Kevin Magnussen in the immediate aftermath of the Spanish Grand Prix. 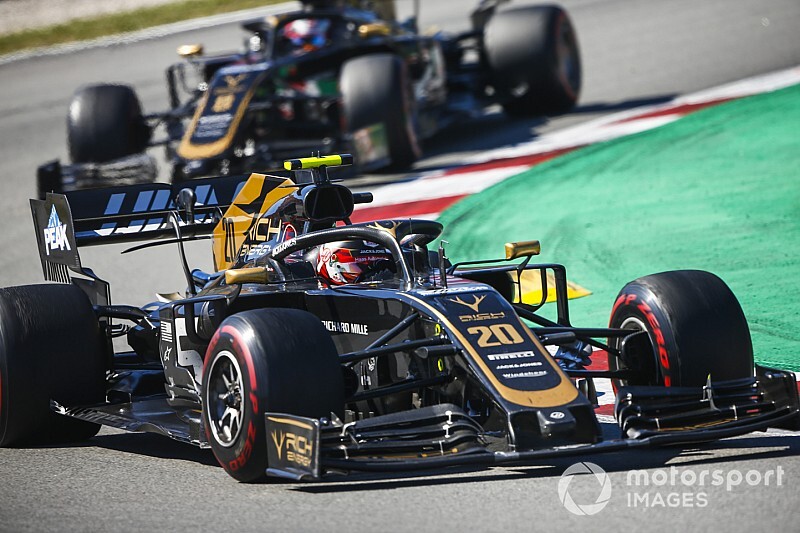 The Haas teammates clashed at Turn 1 while battling for seventh position following the late-race safety car restart, with Magnussen's overtaking attempt down the inside leading to contact between the left rear of his VF-19 and the right front of Grosjean's.

Grosjean was forced to straightline Turn 2 and hop over the sausage kerb in the run-off, and did so again a few laps later after a similar tangle with Magnussen, which compromised the Frenchman and contributed to him dropping from eighth to 10th at the chequered flag.

Steiner could be heard imploring Grosjean to “stay calm” in radio communications after the race, and explained later that he sought out his two drivers as soon as the race had concluded.

“I spoke with both drivers straight after the race, I wanted to clear the air, we cleared the air, we are okay, it's neither here nor there and I told them I'm not sitting here until midnight to look at videos [to determine] whose fault it is,” Steiner explained.

“We need to learn out of this and move forward, we got away quite lucky even if we lost some points, but in the end we had two cars in the points, which is always good.

“Again, they have a good relationship between the two of them, they had that before and I wanted to make sure that there is nothing said from one of them which upsets the other one.”

Steiner said that the chat lasted around 15 minutes and that it was agreed that such a situation shouldn't occur again, although he conceded that he can't “promise” there won't be a repeat at some point in the future.

“I think it looked worse than it was, the whole scenario,” he said.

“They accept [what I said]. We looked eye to eye, and we agreed, we are over it, we cleared the air, that's fine, we move on like we were before.”

Team owner Gene Haas echoed Steiner's viewpoint on the situation, stressing the team was “very lucky” to escape with seven points – which nearly doubled its tally for 2019 so far.

“It could have been a bad day if they had hit each other hard,” Haas said.

“They're racing each other, so they're doing the best that they can. But sometimes they've got to just take a step back and think about who they're racing. We're just very lucky to have walked away with what we've got.”

Speaking after the race, Grosjean – who sustained “some” floor damage and lost temperature in the tyres in the Magnussen tussle, according to Steiner – described the safety car restart as “a bit more complicated and not ideal for me”.

However, he would not be drawn on the Magnussen incidents in particular, describing the intra-team battle as “okay”.

Magnussen, for his part, said: “The restart was good. I had really good temperature in my tyres, I was working really hard and got past Romain and then attacked [Pierre] Gasly as well, but couldn't hold on to Gasly.

“There was a bit of contact with my teammate, so we want to avoid that.” 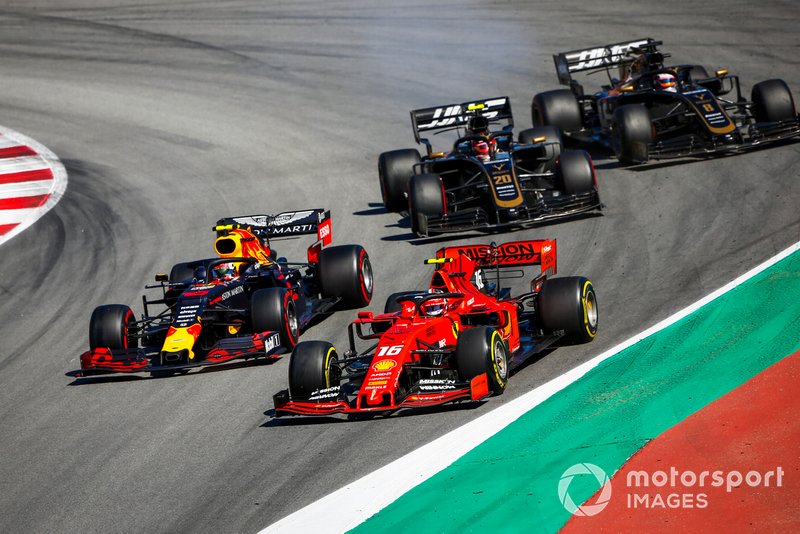 Vettel did Hamilton "a favour" with first-corner move