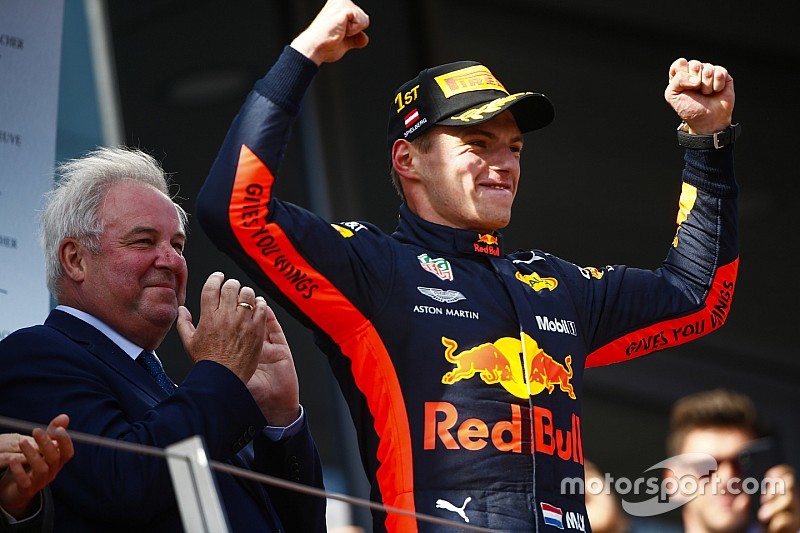 Marko praised the way Verstappen controlled the race from the front and saved his tyres, and reckoned the performance was reminiscent of the Dutchman's maiden win on his Red Bull debut in 2016.

“All these critics that were talking in the beginning of the year, he showed them that it was absolute rubbish,” Marko told Motorsport.com.

“He had to nurse the tyres, and we also turned down the engine around mid-race, because of safety reasons and technical reasons.

"And he still managed to keep up this speed which was necessary to keep Raikkonen behind, and only three or four laps from the end, when it was three seconds, did we turn the engine up.

“He was so smooth, he controlled it, he never got any panicking whatsoever. It was like Barcelona [2016], a little bit."

Verstappen had made a number of high-profile errors in the first few races of 2018, but is currently on a run of three consecutive podiums.

Marko continued: “He’s grown up. He punished himself very much, he could be battling for the championship. Sometimes there was bad luck, there were only two stupid accidents, one was Monte Carlo and the other one was in China with [Sebastian] Vettel.

“But at 20 years old to drive such a race, that shows what champion’s quality he has. He’s done three good races now, and all three were unbelievable.”

Marko made it clear that the team’s first win in its home circuit meant a lot to Red Bull.

“More than happy. It was 2014, the first GP on this circuit, and it’s always been won by Mercedes. So the first time our win, and we beat Mercedes.

“An unbelievable driving performance from Max Verstappen, and we’re also very happy for the thousands of Dutch fans.

"All in all a fantastic weekend, the only sad thing is a technical problem on Ricciardo’s car.”

Regarding the team’s title hopes, Marko added: “We have an outside chance, which we will try to use as much as possible. Everything is very tight together.”