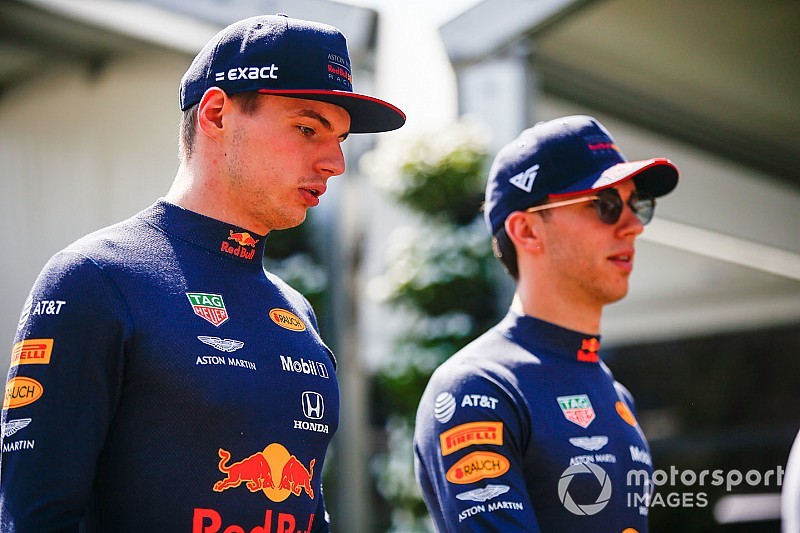 The Frenchman, stepping up to Red Bull from Toro Rosso, says he will need some time to get up to speed, and hopes to learn as much as he can from his teammate in the meantime.

"At the moment it's clearly not the target, we don't have the same experience in the team, and also in F1," he said when asked about beating the Dutchman.

"I would say it would not be the right target to focus on him at the moment.

"The main thing is actually to use his experience and speed and talent to learn and take the positive from him, to basically make me stronger, and learn as fast as possible within the team to be able to show my speed.

"It would not be the right target to start the season."

Gasly insists that he still needs to get more miles under his belt with Red Bull.

"I have only one full season experience under my belt at the moment, so of course I still have a lot of things to learn.

"The driver I am today is hopefully really different to the driver I'm going to be at the end of the season.

"I think the main thing for me is this year to use the experience of the team – they have been world champion with Seb [Vettel], have been fighting at the top for many years – use the experience of Max, and his experience from his Red Bull seasons just to keep developing myself, and being able to show my full potential that for sure is going to evolve and increase through the season." 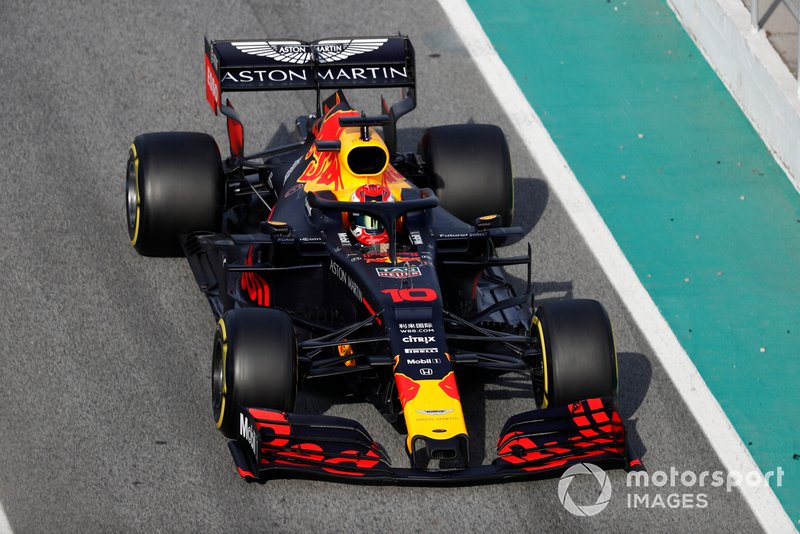 The Frenchman played down any lingering after-effects of his major accident in Barcelona testing, which cost the team some crucial track time.

Asked by Motorsport.com if his confidence had taken a knock, he said: "I had a filming day on the Saturday so I managed to do a couple of laps.

"As a racing driver it [the crash] wasn't the first one I had, and it's probably not going to be the last one. These things happen in motorsport.

"I would say for me the test for me was positive, because I still did many laps. One or two laps were not great, but that does not mean the 436 others were not good. In my case I've learned a lot about the new package, new power unit was really positive.

"At the moment there are clearly things we can do better to make me feel more comfortable in the car.

"It will probably take time before I feel as comfortable as I was last year with Toro Rosso, with a new engineer, new car, a different team as well."

Gasly was also bullish about Honda's potential in 2019.

"Clearly better, I would say all areas of performance. Of course what we want the most is just to feel a big kick out of each corner, and that's what I felt in Barcelona, and this was really positive.

"Clearly they made a pretty big step in performance, but also reliability, it went really smoothly in Barcelona, and hopefully it can keep going like this during the season."

Why Charlie Whiting will be impossible to replace in F1