Max Verstappen opened up a 19-point lead over Lewis Hamilton at the top of the F1 drivers' championship by winning in Mexico on Sunday, marking his second victory in three weeks.

Red Bull has enjoyed a pace advantage against Mercedes in the last couple of races, leaving the German manufacturer looking to respond at Interlagos this weekend.

Shovlin noted that there were still big swings in performance between Mercedes and Red Bull, which was unusual for so late in the season, having seen his team dominate in Turkey just three races ago.

"Normally this far into the season you see the performance settle down a bit, and the swings are still big," Shovlin said.

"There will be circuits that will suit us. We had very strong races in Turkey and Sochi and plenty of strong races since the summer break. So it will be up and down, and we've definitely got out work cut out.

"I think on balance, they are a little bit ahead of us, but it'll get affected by the weather, the track temperatures - those will all play a part.

"But the biggest thing will be the circuit characteristics and it seems that when we're on an understeery track, we tend to go a little bit better.

"The last two races have been very much about rear tyre overheating, and you could say from what we've seen in the last fortnight, it's very clear they have the advantage when we're in that situation." 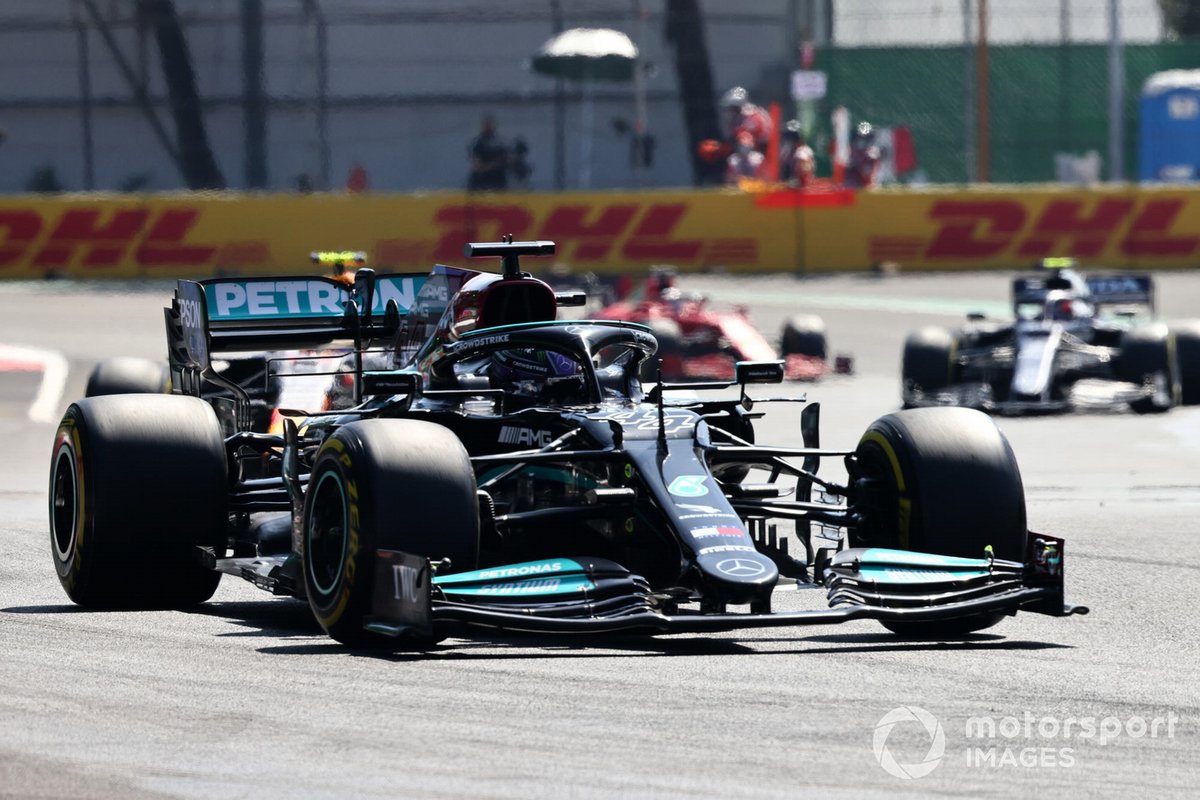 Asked what the pecking order could look like in Brazil, Shovlin said it would "depend a bit on the weather there" as it "inherently is very unstable" at Interlagos.

The track has hosted a number of rain-affected races, most notably in 2008 and 2012 when the Brazilian Grand Prix decided the championship with wet-weather thrillers. The last wet race at Interlagos was in 2016 when Hamilton took victory and

Shovlin felt that warmer conditions would likely play to Red Bull's advantage, much as they did on race day in Mexico, but felt the weather would be impossible to predict.

"You can have 50- degree track one day, and it can be a washout the next," Shovlin said.

"I think if it is a hot circuit, then it is probably going to move it in their direction. A bit of cloud cover may well suit us, but one of the advantages they had [in Mexico] was they were able to go up a step on downforce from the rear wing they normally run to their max downforce wing.

"But actually for us, that's the one we run normally. It's just their car seems to have more downforce than us on identical sized wings, and I think that played into their favour.

"In Brazil that should be less of an issue, but it's very hard to predict.

"Very much as we did coming [to Mexico] we'll look at the weaknesses of our car, work out how to minimise them.

Hamilton: It's sad to see Rossi retiring from MotoGP