Vettel: F1 now "not the sport I fell in love with" 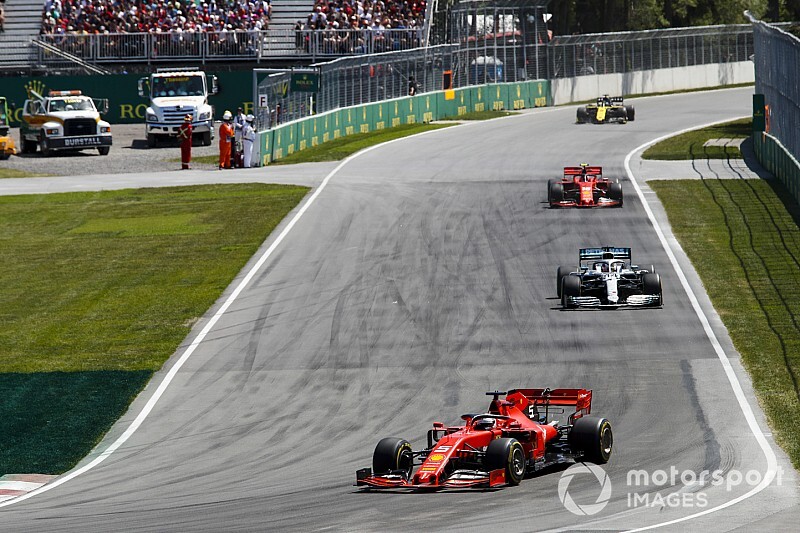 Sebastian Vettel says he does not like that Formula 1 has become a different sport to the one he fell in love with growing up, after expressing his frustration at the way that penalties have taken over the racing.

The German was deeply disappointed at losing victory in the Canadian Grand Prix when he was handed a five-second penalty for having rejoined the track in an unsafe way and impeding eventual victor Lewis Hamilton.

More on the Vettel controversy :

Having calmed down from a post-race radio rant, Vettel later told media that his biggest issue now was the way that ‘lawyer’ talk had taken over the sport – which is a world away from how he wished things were.

“I really love the old races, the old car and old drivers,” said Vettel. “I really love that, but I just wish I, as good as I am doing what I do, was in their time rather than today. You just hear the wording when people come on the radio, we sort of have an official language. We should be able to say what we think.

“I disagree with where the sport is now. You have all this wording, ‘I gained an advantage, I didn’t gain an advantage’. All this I think is wrong. It is not really what we should be doing in the car.”

Vettel reckoned that fans would view that moment he had with Hamilton as just a racing incident rather than anything that warranted a penalty.

“For me that is racing and a lot of the people that I just mentioned earlier, the old F1 drivers and people in the grandstands agree, this is part of racing.

“But nowadays... I don’t like it, we all sound a bit like lawyers using the official language. I think it is wrong. It is not the sport I fell in love with when I was watching [growing up].”

Vettel insisted that he had not deliberately cut across in front of Hamilton as he rejoined the track, having run wide after making a mistake.

“I was coming back on track and trying to make sure I had the car under control,” he said. “Once I regained control and made sure it was alright, I saw in the mirrors that Lewis was right behind me.

“I don’t think I could have done anything different. I don’t know what the problem was.”

Asked if he could have done any more to avoid cutting in front of Hamilton, he said: “No. How? I I've got two hands and I have them on the steering wheel trying to keep the car under control.

“We are pretty good at multitasking driving these cars. If it is required to catch the car once you come back from the grass or off the track, maybe one-handed, and then use the other hand to pull a tear-off off and hit the radio button and talk at the same time then I don’t qualify. I can’t do that.

“I had my hands full trying to keep the car under control. I knew Lewis was behind somewhere as he was a second behind and when I looked in the mirror he was right there.”