Surprised Vettel says Ferrari "should be better than this" 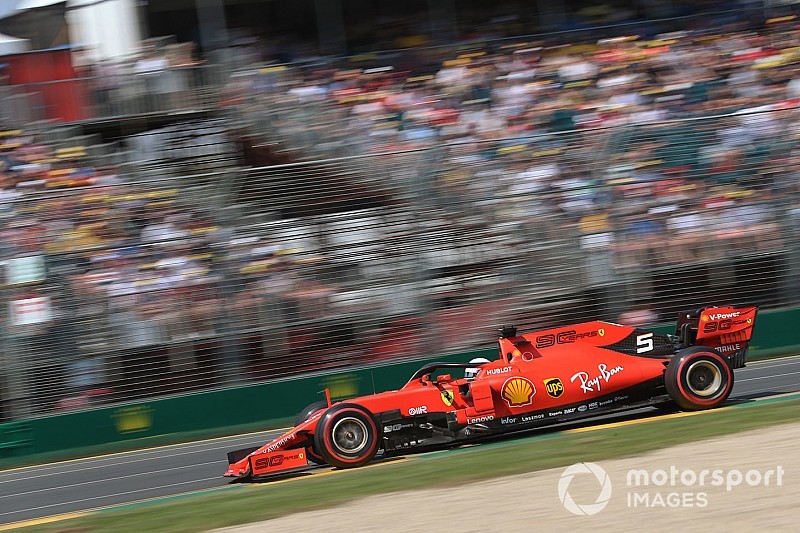 Sebastian Vettel says Ferrari "should be better" than it showed in qualifying for the Australian Grand Prix after rival Mercedes caused a surprise in locking out of the front row.

Ferrari had headed to the F1 season opener as clear favourite after a very strong winter testing programme at Barcelona.

But Mercedes turned the tables on the Italian team with a surprise step up in form as Lewis Hamilton and Valtteri Bottas took the top two positions on the grid with Vettel down in third.

Vettel said afterwards that he never expected such form from Mercedes, but has faith that Ferrari's SF90 is quicker than it has showed in Melbourne.

"I am certainly surprised, I think everybody is, probably even themselves," said the German.

"I think yesterday we didn't have a good day, and today felt better. But in terms of gap and pace it was very similar.

"For sure there is some homework for us to do to understand. I still think we have a great car. We should be better than this, so I am looking forward to tomorrow."

Vettel believes that Ferrari is not lacking in any specific area at Albert Park, but suggests that Mercedes is better in the kind of low and medium corners that characterise the track.

"I don't think the straight line is a problem as we are quite competitive down the straights, we are just losing in the corners," he said. "There are 16 corners around here and I think it is fairly evenly spread.

"Probably by the looks of it and so far it was more the lower and medium stuff, rather than the high speed, which also speaks for a strong car in general.

"I haven't got the balance yet that maybe I would like to have in the lower speed, and not the confidence and trust which again around here can make a big difference."

Vettel was clear, however, that the Ferrari has not felt as good in Australia as it did throughout pre-season testing.

"We have probably something like 10-15 degrees more ambient [temperature], a hotter track, and different circuit, so overall different conditions," he said.

"But the car felt really good in testing and probably around here this weekend so far it didn't feel as good yet.

"Yesterday was a difficult day for us, it was tricky. Today felt a bit better, but there is not an awful lot of time to try different things.

"You have to get on with it, sessions come fast, especially in qualifying you can't change much, if anything you get a better understanding of where you are losing out or where it feels uncomfortable.

"For us there is a bit of a margin but certainly the gap is there today and was a surprise, we didn't expect it coming here. But now it is that way and we focus on tomorrow and don't worry about the gap now."