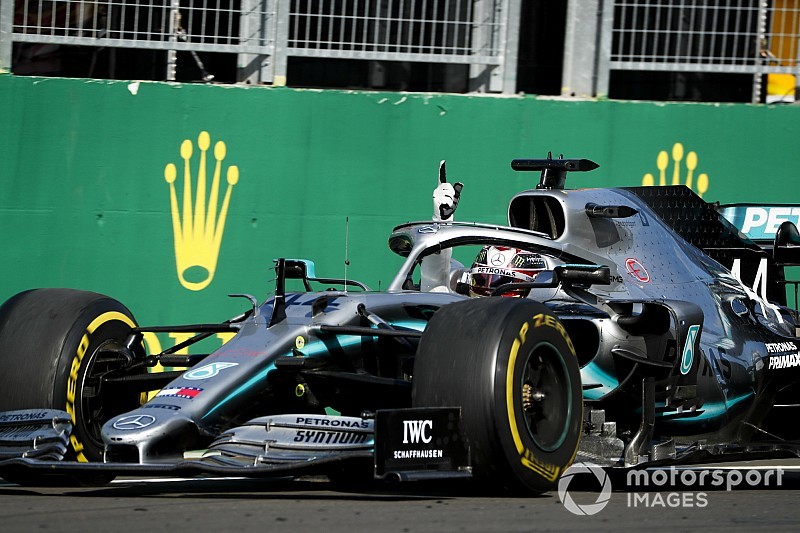 Hamilton overcame teammate Valtteri Bottas in a wheel-to-wheel fight on the opening lap, and was switched to a two-stop strategy later in the race in a bid to overhaul long-time leader Verstappen.

Mercedes’ decision gave Hamilton 20 laps to erase a 20-second deficit, and the five-time world champion caught and passed the Red Bull with four laps remaining to win for the eighth time in 12 races this season.

Wolff said: “To dominate such an era a team needs to come together on this journey and create something special.

“The respect between Valtteri [Bottas] and Lewis in the first half a lap, we have never had reason to doubt that it’s good.

“And catching up with Verstappen and chasing him hard on the hard tyre you can see that these are two great drivers with great respect for each other.

“Only with respect can you go around a corner together at 180 miles an hour.

“We knew from the moment that he had seen that [Verstappen was in the distance], that would be enough.”

Wolff had highlighted Austrian/German GP winner Verstappen as a legitimate title threat prior to the race.

Hamilton’s victory gave him a 62-point lead in the championship, with Bottas still his nearest competitor and Verstappen 69 points behind in third.

“We’ve increased our advantage in the drivers’ world championship, we can take it in for the next four weeks before we hit the race track. It will be the opposite for our competitors.

“What personally satisfies me is we had a great, great race car today, by far the quickest car on track.

“Putting aside the Verstappen/Hamilton battle, you could see everybody else was in a different class.

“Nevertheless after the break, getting into Spa and Monza mode, a totally different track layout, very power sensitive circuit – something that’s going to suit Ferrari a lot.

“It’s going to be difficult for us and that’s why it’s about enjoying the moment, and starting [Monday] we have to sort out our problems in order to be competitive at Spa.”