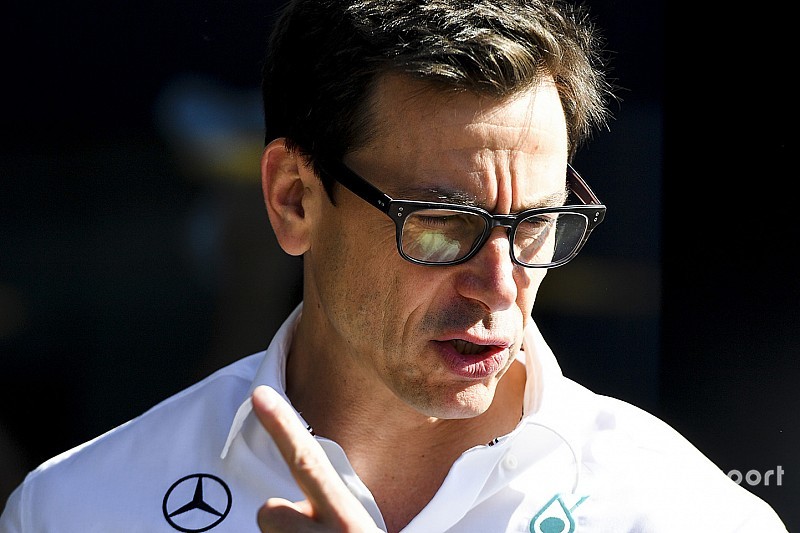 Mercedes boss Toto Wolff says he has not contemplated a move away from his team despite emerging as a potential candidate to succeed Formula 1 boss Chase Carey.

Motorsport.com understands that Liberty Media is considering its long-term plan to bolster its F1 leadership, which has included Carey as CEO since the start of 2017.

That could include Wolff, who joined Mercedes in 2013 and as team principal and CEO has led the team to five consecutive F1 title doubles.

Mercedes, like most F1 entrants, is committed to F1 until the end of the 2020 season but has been actively involved in the discussions over the championship's major rules overhaul that is planned for 2021.

During the Spanish Grand Prix weekend, Wolff said he had not "contemplated any change" beyond Mercedes' current F1 programme.

"There's so much speculation going on out there and I have not a normal role in Mercedes," he said. "I am in a super situation. I'm a shareholder in the team, I love to be with the people, the relationships matter to me.

"I'm in a happy place, motivated every single day I do this. There's some more years into my current contract and I think with all the other discussions you're having, with drivers for example, I think you need to be 100% with your head in your role. This is what I am. I haven't contemplated any change beyond 2020."

Mercedes has started the season with four consecutive one-two finishes in its bid to clinch a sixth consecutive title, something no F1 team has achieved before.

However, when asked by Motorsport.com if the F1 programme was key to him staying with Mercedes, Wolff suggested that its F1 commitment is more likely to be renewed beyond 2020 than it is to end at that point.

He also said that FE was a good complement to Mercedes' F1 efforts and that there were benefits to competing in both, having rejoined the F1 grid in 2010 and committed to entering FE later this year.

"Honestly, where I am, I feel in a good place," said Wolff. "Mercedes hasn't given any indication they plan to stop the programme. On the contrary, we're having really open-minded discussions about what the benefits are.

"In 10 years, the whole auto industry might be different, then fully-electric and in a different place. I don't want to give a commitment of where we are in 10 years but I can say in the short-to-mid-term, Formula 1 makes a lot of sense to Mercedes."