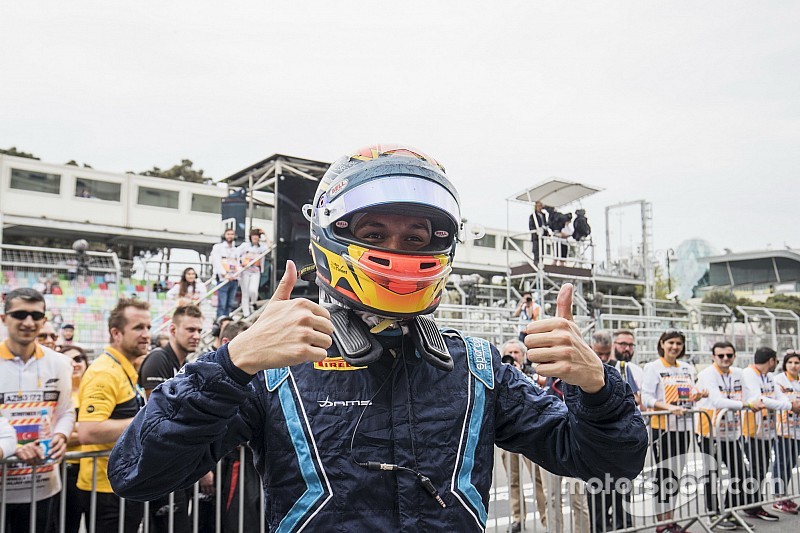 Formula 2 2018 frontrunner Alexander Albon will contest the full season with the French squad, having started the year on a round-by-round deal.

The Thai-British driver, in his second F2 season, won the Baku feature race last time out and is on a run of two consecutive poles.

“For me this year it was DAMS or nothing,” Albon told Motorsport.com. “I had to get on with the job, I just took it race by race.

“I had a strong winter testing programme with DAMS so I was always hopeful it would work out.

“It’s nice to have it all sorted, on the other side now there’s pressure to perform.”

Albon is hopeful that he can become a serious title contender among drivers like Norris, George Russell and Jack Aitken, who all have Formula 1 junior roles.

“The aim is to fight for the championship,” he added. “We’re starting to get to grips with the car."

When asked about if he thought it was harsh he had been overlooked for an F1 junior role, he added: “I just focus on my job.

“Of course it’s always nice to be beating people in general. If everything works out then hopefully there is something [a role] for me.”

DAMS team boss Francois Sicard added: “Alex is extremely quick and it’s great to have him, we have a strong line-up with Nicky [Nicholas Latifi].

“We have two really strong drivers, so now it is up to us and them to deliver.”

Why the FIA's Racing Point verdict pleases nobody