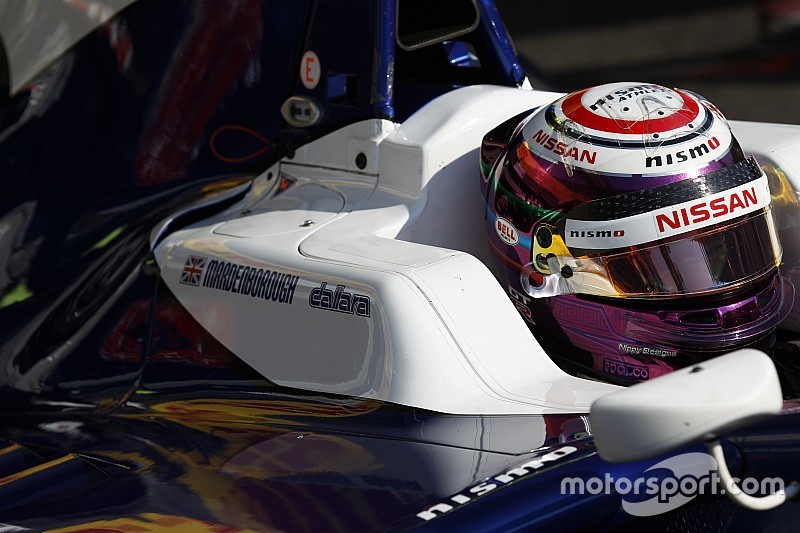 Jann Mardenborough will make his GP2 debut at Monza this weekend, thanks to a late call-up to the Carlin squad as a replacement for Sean Gelael.

With Gelael on Formula Renault 3.5 duty at Silverstone, Nissan protege Mardenborough – who usually races for Carlin in GP3 – has been given the green light to make his GP2 debut at the Italian circuit.

“With Sean busy completing his full season in Formula Renault 3.5, we had the ideal opportunity to give a driver a taste of GP2 at one of the greatest circuits in Europe,” said team boss Trevor Carlin.

“Jann is a very talented and fast driver and has suffered some bad luck this season, which means he hasn’t claimed the results he’s capable of.

“Although this weekend will be a big learning curve for him, we’re pleased to give one of our GP3 drivers the opportunity to step up to the next level and will be focused on helping Jann get the most from the experience.”

The 23-year-old from Cardiff is not expecting the step up to be easy, but says he’s ready for the challenge.

“It’s an opportunity that I couldn’t turn down. I want to move up to GP2 in the future so to have this experience now is very valuable.

“I want to be competitive but the challenges in GP2 are very different to GP3; with DRS and two tyre compounds, as well as longer races and pit-stops, although I’m used to those from sportscar racing.

“It’s going to be a big step up but I’m going to give it everything. Thanks to Carlin and Nissan for this opportunity.”