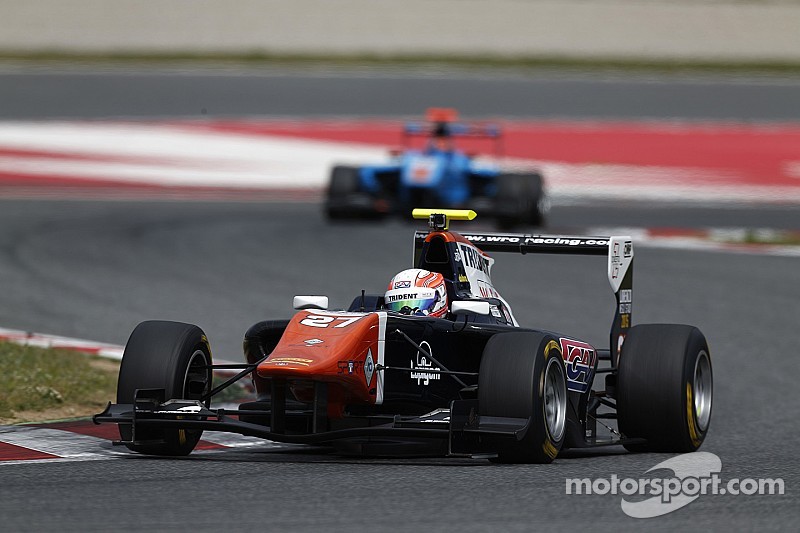 Trident’s Luca Ghiotto will start the opening round of the 2015 GP3 Series from pole position after topping qualifying at Barcelona on Saturday morning.

Practice pacesetter Ghiotto set a 1m35.469s on his first set of fresh tyres just over 10 minutes into the session, but as the session drew to a close Esteban Ocon got to within 0.139s with 12 minutes to run.

The other late-running ART cars then filled the third and fourth places with Alfonso Celis Jr and Marvin Kirchhofer respectively, pushing Jimmy Eriksson down to fifth.

Ghiotto – who only has four GP3 starts to his name, but now two pole positions – was on a much faster lap on his second set of tyres, but was balked badly in the final corners.

But Ferrari junior Antonio Fuoco spun into the gravel at the end of the session, which prevented any further late improvement by Ocon.

Of those that did manage to improve their times and positions in the closing stages of the session, Emil Bernstorff rose to third, ahead of Alex Palou and Matteo Tuscher.

Kirchhofer could only manage sixth ahead of Celis Jr, Oscar Tunjo, Pal Varhaug and Eriksson.