HWA made its first junior single-seater foray in FIA F3 last year, Hughes taking seventh in the drivers’ standings as the team finished fifth in the teams’ points.

Hughes, 25, returns to head the line-up alongside Fittipaldi – who finished runner-up in the new Formula Regional European Championship with Prema Racing in 2019 – and Doohan, who raced in Euroformula Open and finished second in Asian F3 last year.

"I am also really excited to join this new adventure with HWA Racelab. Thanks also to the Ferrari Driver Academy and my sponsors for their continued support."

Doohan will enter his third season of car racing this year, and is expecting to fight for the title from the word go this season.

“HWA are renowned for their competitiveness and I'm sure this year will be no different," he said.

“The past two years in cars has provided me with a good solid foundation, and now with a front running team like HWA I'm looking forward to having the chance of fighting for the title.” 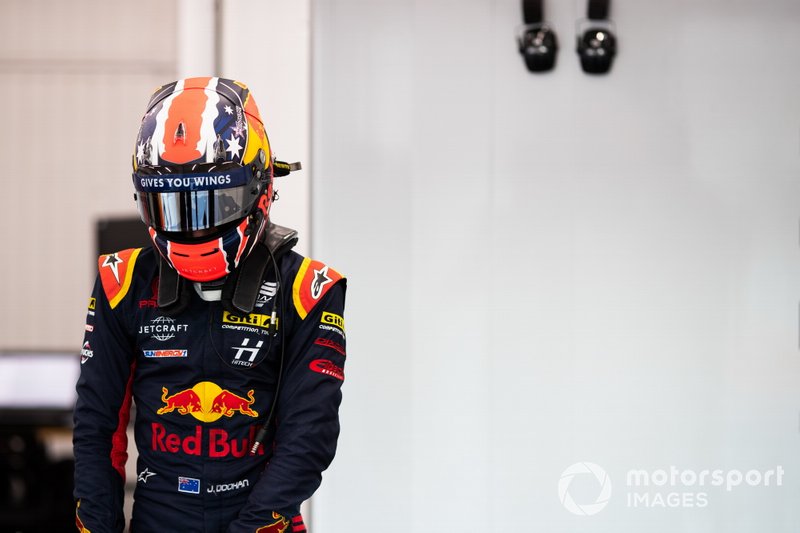 “At 17 later this month this championship will be a big jump for the boy but I feel he will be in good hands at HWA. I will enjoy watching from the sidelines.”

Red Bull is yet to announce its junior drivers for 2019. Doohan was on its roster the past two years, and Motorsport.com understands he will keep the spot for the upcoming season.

HWA boss Ulrich Fritz says the outfit’s decision to go with Fittipaldi and Doohan is not just down to their surnames, and wants to have more than one driver fighting for podiums every weekend.

“I am delighted that we have managed to secure the services of Jack and Enzo," Fritz said.

“The FIA Formula 3 Championship is the next level for them both. In Jake, they have the right teacher at their side, from whom they can learn an awful lot."

Hughes, who returns for a fourth year in F3 and conducts other work for HWA, added: “I’m happy to be back in F3 for what is I think a fourth year. I’m obviously looking to capitalise on all the experience I have now in the category.

“I think it will be even better working with HWA in its second season in single-seaters, I think we already took a big step.”

HWA will also expand into F2 this year, taking over Arden's entry, and has signed Artem Markelov and Giuliano Alesi as its drivers.

Gabriel Bortoleto topped the timesheets in the FIA Formula 3 post-season test at Jerez, setting the fastest overall lap on Thursday for Trident.

Sebastian Montoya and Emerson Fittipaldi Jr are among those confirmed to take part in the FIA Formula 3 post-season test at Jerez.

Leading from the start of the 2022 FIA Formula 3 season, Victor Martins sat a champion in waiting as a red-flagged race decided his destiny. Much like the way he was crowned, it hasn’t always been straightforward for the determined Frenchman.

Michel: "Never good to end a championship like that" after red-flagged F3 finale

FIA Formula 2 and 3 CEO Bruno Michel says it’s “never good to end a championship like that” after the title-deciding F3 race at Monza was red-flagged.