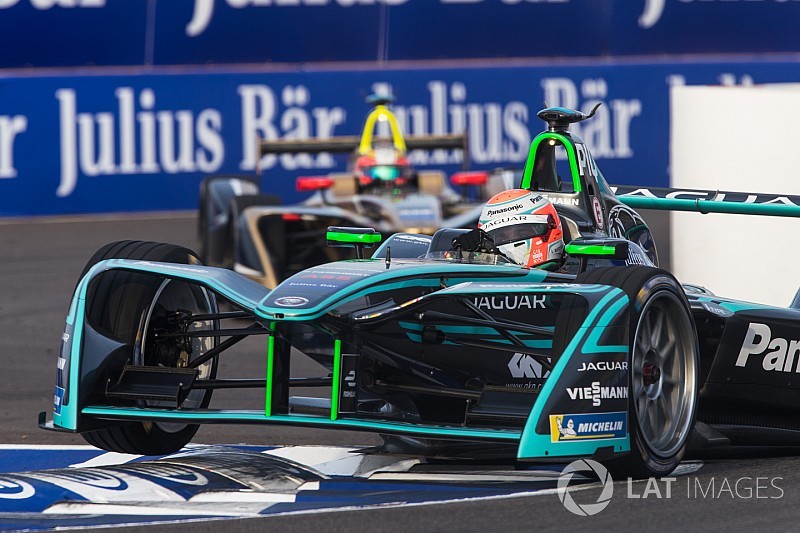 In his second column of the Formula E season, Jaguar Racing's Nelson Piquet Jr explains how his great new start with his new team continued in Marrakesh.

After the first three races of season four, it’s good to be able to say that we’re much closer to the leaders than we would have imagined when we started the championship.

Fastest lap in Marrakesh was a good indication of performance and potential in the car and a fourth-place finish is OK, too. I don’t think we have the perfect package at the moment, but there are going to be days when everything works out for us and then, we could be in with a chance of a podium.

All it takes is a bit of good luck, a good car with no issues and good qualifying. It’s an encouraging position to be in and it gives us some real hope for the rest of the season and great motivation for everybody to keep working harder.

The race in Marrakesh was kind of ‘a game of two halves’ for me. The first car was very difficult to keep on target with energy usage, so compared to the car after the pit-stop I was struggling. There were a lot of quick guys around me, pushing very hard. JEV [Jean-Eric Vergne] got really close to me, the Audis were really close, [Jose-Maria] Lopez was really close… It was all pretty intense and I was thinking ‘this is going to be a tough one’.

Then after we pitted, we were just flying in the second car. It was better balance-wise and that allows you to carry more apex speed, so you’re using less energy to keep your speed up through the corners. We were catching at a really fast rate – an average of three-four tenths per lap.

I was maybe ten seconds off the lead before we pitted but only five seconds back at the end. The team could see we had some performance and energy to spare and they were telling me: ‘Push, push, push, push!’ It’s good, obviously, to have that kind of speed, but we will now work to understand why one car was so much faster than the other and try to replicate it in both of them.

If both stints had been like the second one in terms of car performance we would have been fighting for the win. That’s really positive and it’s better to be trying to understand why we’re good than work out why we’re slow.

I have to say the team are doing a really great job. All the new members are coming from categories that are not electric, so they’re having to learn a lot and adapt quickly. They all really deserve any success we have after such a tough season three. A few good results in a row should help to keep them happy.

There’s no single thing that’s improving our performance: like in any race series it’s the combined effect of lot of little improvements. When you get to the level that Formula E is at, with the level of engineers we have here and the level of drivers, the small gains you can find throughout the team – whether they’re technical or operational or whatever – are what make the difference.

The team has made a few key hires as well, like Phil Charles, our technical manager, who came on board from Toro Rosso. He’s very clear and to the point on what we need to do and where we need to improve. There are no over-complications: he explains things in a very clear and black-and-white way and that helps everybody to make positive steps and just move forward easily. I knew he was that way and that’s why I think it’s great he’s come to the team.

When you see all these things making a difference it just gives everybody a lot of motivation. I’ve been in situations before when you struggle so much, you kind of lose yourself a little bit, in terms of understanding the reasons for your lack of performance. It’s quite easy to get in a snowball frustration situation and it becomes very difficult for people to work effectively when that happens. Sometimes you just need fresh brains and fresh thoughts and some fresh people to press the reset button.

So far at Jaguar it’s working out: everything is going very well, everybody is happy, so let’s keep getting the results. Sure we got a bit lucky in Marrakesh, with the Abt cars and others having a few problems, but it’s always going to be that way in motor racing. And you need to be in a position to take advantage when these things happen.

We’ve got Santiago in Chile next up, another brand-new circuit for Formula E and I’m looking forward to that. I like fresh tracks as I’ve always been able to learn circuits very quickly. Maybe that’ll be an advantage for me again.