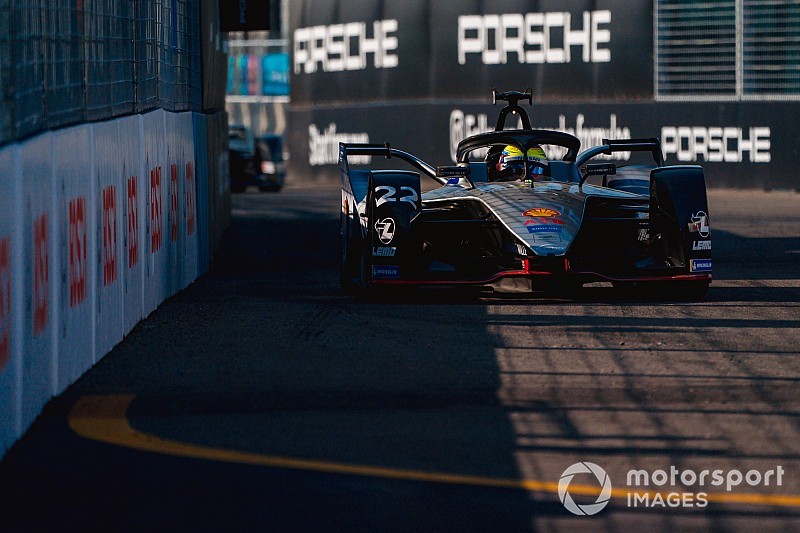 Rowland completed his best lap in 1m09.695s after the checkered flag had flown to depose BMW Andretti's Antonio Felix da Costa from the top spot.

Rowland's Nissan teammate Sebastien Buemi set a late time to go third in the second session ahead of Sims and Robin Frijns, the Envision Virgin Racing driver setting his best lap in the final moments of the running.

Frijns's best lap put him ahead of fellow late improver Pascal Wehrlein, who placed sixth for Mahindra Racing ahead of Virgin's Sam Bird.

The two main title contenders in championship leader Jean-Eric Vergne and Audi's Lucas di Grassi finished the second practice session in 16th and 17th respectively. Vergne had been fourth in the first session, while di Grassi was just 12th.

DS Techeetah driver Vergne heads into Saturday's qualifying session with a 32-point buffer over Di Grassi with 58 points to play for across the weekend.

The practice running ran largely without incident, although drivers such as Vergne and HWA's Stoffel Vandoorne brushed the wall on full-power laps.

Vergne also overshot the Turn 11 right-hander under braking but continued without incident and the slow left-handed Turn 6 approach caught several other drivers out during practice.