Ticktum: P12 in New York Formula E "the performance of my life"

Early on in the race, Ticktum made up ground on the cars around him and was on the cusp of breaking into the top 10, but then started to face some of the more traditional frontrunners making their way through the pack after difficult qualifying sessions.

The Brit expected to fall through the order, but was able to hold his own even as the likes of Sam Bird, Lucas di Grassi and Edoardo Mortara worked their way through the field.

Ticktum explained that opting for the outside line into the first corner helped him make good ground on his rivals, and felt that the efficiency of his NIO 333 car was "going in the right direction" with management.

"I had a good start, great launch, so that helped. I just decided to go round the outside at Turn 1, braked a lot later than a lot of people," Ticktum recalled.

"I overtook a few cars, and the race panned out a bit better than I thought.

"Without being negative, I did think we were going to go backwards quite quickly; I thought I would struggle for the whole race, but it all worked out a little bit better than I thought.

"We're still struggling, no doubt, in a few areas. But it's about as much as I could have done. I think it's pretty much the performance my life, but it's only good enough for 12th." 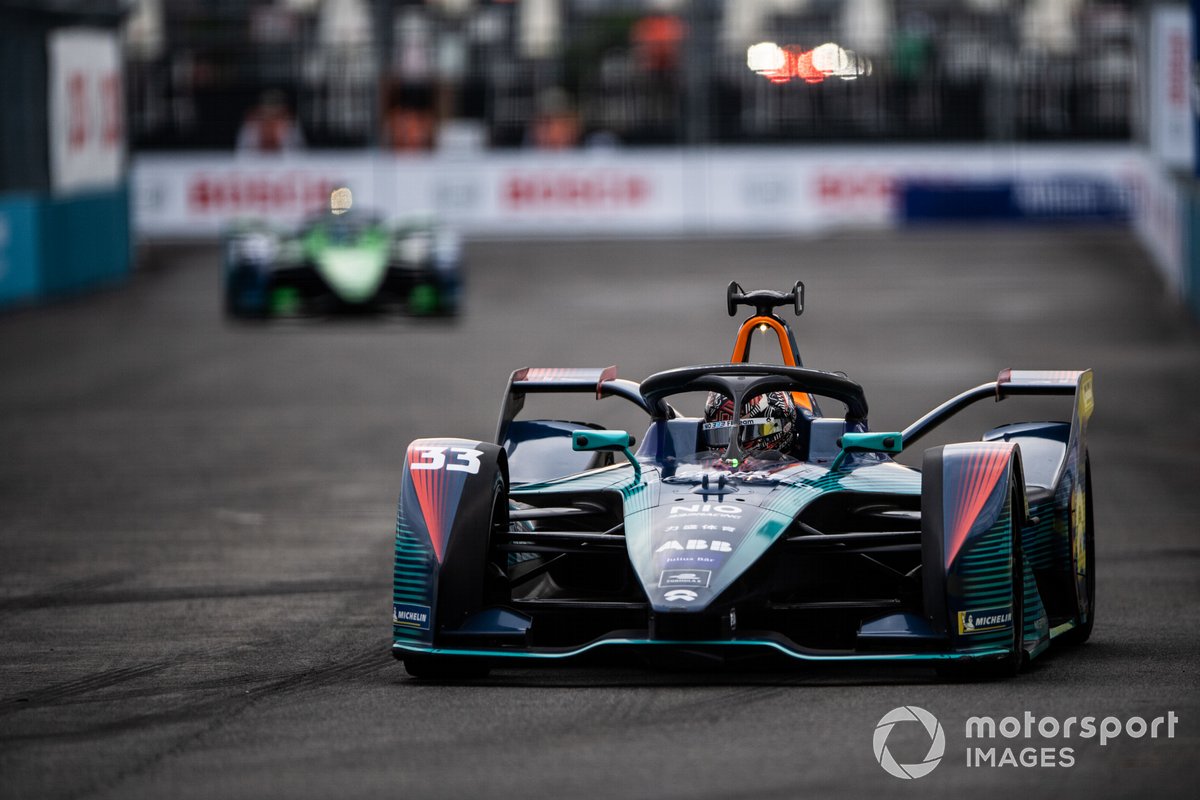 Ticktum reckoned that the Chinese squad's main weakness in New York City was in qualifying, and felt a better result was in the offing if the team could unlock its one-lap pace.

He also felt that he'd been "quite good at avoiding crashes" in New York when coming up to the late-race congestion at Turn 6 after a clash between Jean-Eric Vergne and di Grassi - which helped Ticktum pick up another couple of places by the end of the race.

"I think the main thing today really was we struggled in quali more than we have in other places. I think if I could have been a tenth or so quicker, it would have helped a lot.

"But the positive is the race panned out a lot better in terms of our efficiency. It's still not there yet, but better than I thought and it's going in the right direction.

"I seem to be quite good at avoiding crashes - there was a big one yesterday with Vergne that I somehow managed to avoid as well, in Turn 6.

"But I was a bit lucky as well. Di Grassi just reversed without even looking if there was any cars, which is sort of an instinctive thing as a driver to do.

"Unluckily for [Oliver] Askew it caught him and I did just clip di Grassi and the wall so I just managed to squeeze through. So yeah, that was a bit scary, that's for sure."