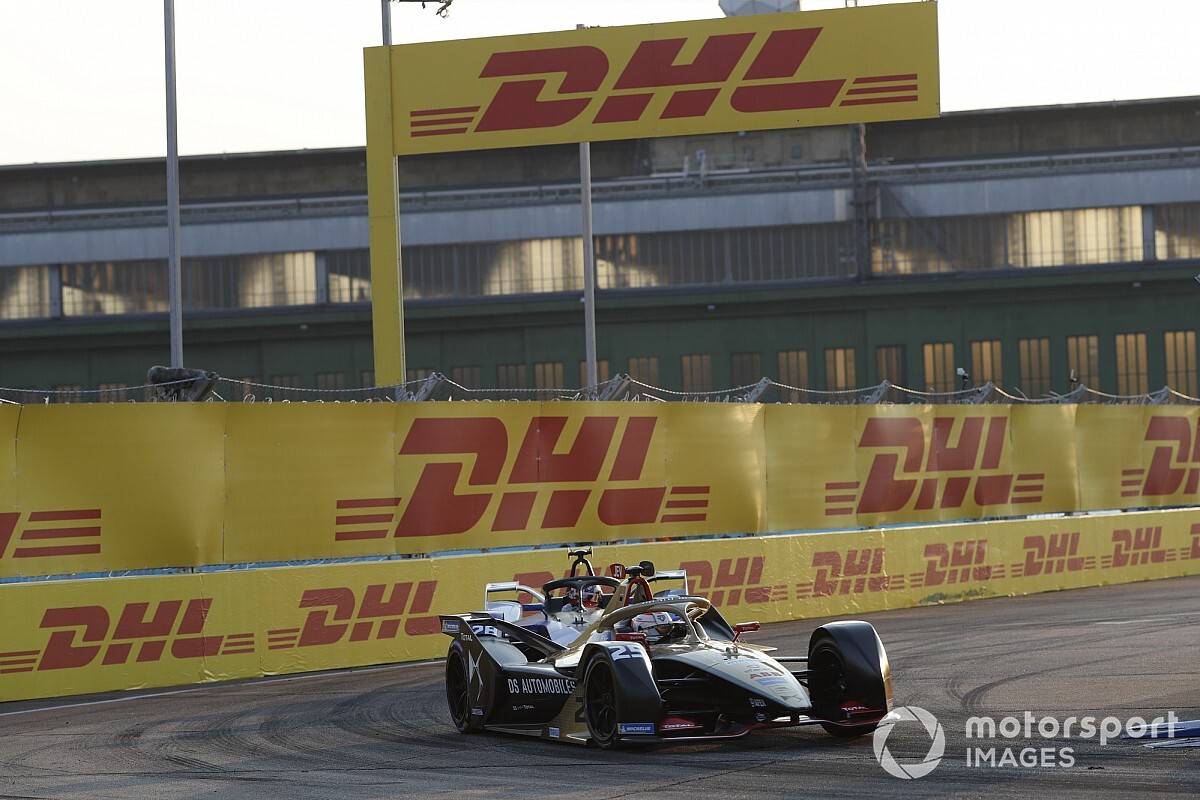 Jean-Eric Vergne has explained how a software glitch and a malfunctioning re-gen paddle while using attack mode cost him a probable victory in the third Formula E race in Berlin. =

The defending champion dominated qualifying to secure pole position over BMW Andretti driver Maximilian Gunther by 0.495s and led comfortably in the opening phase of the race.

But, mimicking his form in the first E-Prix at the Tempelhof Airport venue, in the closing stages he began to lose pace which allowed Gunther to close.

Vergne briefly lost the lead into Turn 1 on lap 30 of 35 but fought back to reclaim the position until Gunther finally made it stick as the DS Techeetah driver defended heavily into Turn 7.

He said: “We need to find something in the data because the start of the race was great. But then I hit a cliff. The performance was not here anymore.

“I was struggling a lot with energy, so we need to understand what happened there.”

Vergne held a 1% useable energy advantage over Gunther during the first-half of the race, but then fell to an eventual third on the penultimate lap as Envision Virgin Racing driver Robin Frijns went by unchallenged.

Frijns would chase after Gunther but missed the spoils by 0.128s in the closest finish in FE history, given the 0.106s separating Jerome d’Ambrosio and Sebastien Buemi in the 2016 Mexico E-Prix followed a disqualification for on-track winner Lucas di Grassi.

Vergne also said that after realising he was down on energy, he “didn’t even bother fighting” Frijns.

“It was supposed to be a very difficult race on battery temperature," he added.

“Obviously when you follow a car your battery's going higher in temperature, so that would have been very bad at the end of the race.

“[BMW] gambled, I guess, on the fact that there would be a safety car and there was [when a stationary Serge Sette Camara was hit by Porsche’s Neel Jani]

“The race became easy in terms of temperature management, and then I didn't have the map from the car.

“There was a glitch, it just went out, so I could not regenerate as much energy after the safety car, hence the poor performance. I think we got quite lucky to get a podium.

“I’m not sure what happened but I lost a lot of energy during the attack mode.  It seems that my re-gen paddle was not working properly.

“At the start of the race I had quite good energy, but towards the end I was struggling a lot.

Russian GP qualifying as it happened