Interview: Inside the mind of F3 title favourite Callum Ilott 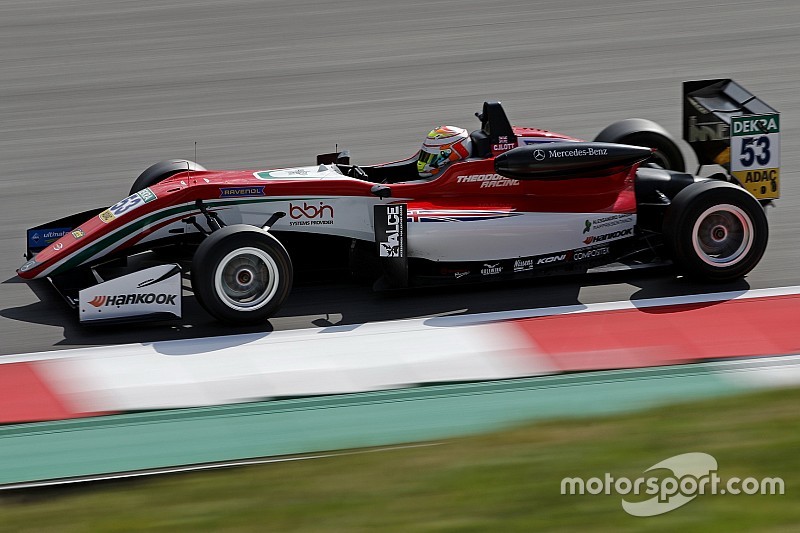 Callum Ilott may be the favourite for this year's European Formula 3 title, but the British rising star confesses his chosen career trajectory means this year is key to staying on track for his goal to reach F1.

While he spent that year as a Red Bull junior, Ilott was dropped by the Austrian drinks firm after finishing his first year in cars 12th in the points, with a sole podium finish at the Nurburgring.

His sophomore campaign in 2016 saw him emerge as Lance Stroll’s main competitor in the first half of the season, but after wrestling with several engine change penalties plus a fire on the first round, he scored only two wins with Van Amersfoort Racing and finished sixth overall.

This year, he fights back with a return for a third season with F3's dominant outfit Prema Powerteam.

Despite admitting he feels his experience makes him the favourite for 2017, Ilott told Motorsport.com that he believes skipping the tier of championships below F3 has made his goal of being in F1 tougher.

Asked if he would repeat his direct karts-to-F3 jump, he said: "I had to take the opportunity. Red Bull provided me with a great chance but there were drawbacks too.

"In terms of experience it was a good thing, and I'd do it again. But then the superlicence points system was introduced, which arguably has made it harder for drivers that take an alternative route.

"I think I have six, whereas someone who has followed the ladder via F4 may have as many as 35. Maybe that’s not fair, so I’ve got to make sure the 2017 season really count.”

Ilott however believes that additional experience helped deliver a stronger second year and build the momentum for his 2017 campaign that has seen him top pre-season testing at the Red Bull Ring.

"Having that year of experience in F3 meant last year I was a lot better than I would have been if I'd done a year in F4, and I’m confident we can continue that in 2017," he said.

"Prema has been the dominant force in recent times and testing has gone very well. But there have been a fair few changes to the car with new aero, which can mix things up a bit, and we’ll only know where we really are at Silverstone.

"Testing is just testing, and we’ll have to run through a race weekend to know who is truly quick. It was nice to top the times, but I know that it’s race weekend pace that is what really counts.”

Having been dropped by Red Bull after his debut single-seater season, Ilott is one of the leading single-seater talents who is not currently affiliated to a Formula 1 team or major manufacturer.

The Briton wants to use his 2017 campaign to show he merits inclusion in a young driver programme, which he feels is his only chance of making it to F1 without a sizeable budget behind him.

"F1 remains my goal and I am fully committed to getting there," he continued. "It’s not easy, but it shouldn’t be, should it? It’s still the pinnacle and where the best drivers compete. You have to be in the right place at the right moment.

"Of course it’s not impossible to [reach F1] without that opportunity. But we’ve seen that the young driver programmes do offer a chance to show the teams what you are capable of.

"2017 is my best opportunity to highlight what I can do.”

He added: "I think I'm one of the few top drivers in F3 [not affiliated to a team], so I want to show this year that I am just as fast and consistent and I can deliver a championship.

"All my prep over the winter has been focussing on improving consistency. I’ve worked hard both on and off track; spending time at the factory, pushing the fitness side and also on the commercial side.

"That’s been something new that I have pushed on, and we’ll have a few more stickers on the car come Silverstone.”

Ilott remains hopeful a strong season in F3 in 2017 could act as a launchpad for his career, with a step up to FIA F2 on his radar for next year.

He already sampled the F2 car for ART GP during end-of-season testing last year in Abu Dhabi, and said a progression to the F1 feeder series a possibility, especially given that his current team Prema also competes in that category.

Whether Ilott is able to make the final step up to grand prix machinery ultimately depends on whether he is able to attract a backer, however.

“I know what I have to do this year and how critical it is to stay on track to reach F1," he admitted.

"I’m still just 18, it’s only going to be my third season in cars so it’s still very much the plan and what I am sticking to.”

F3 preview: Will 2017 be the year Prema domination ends?