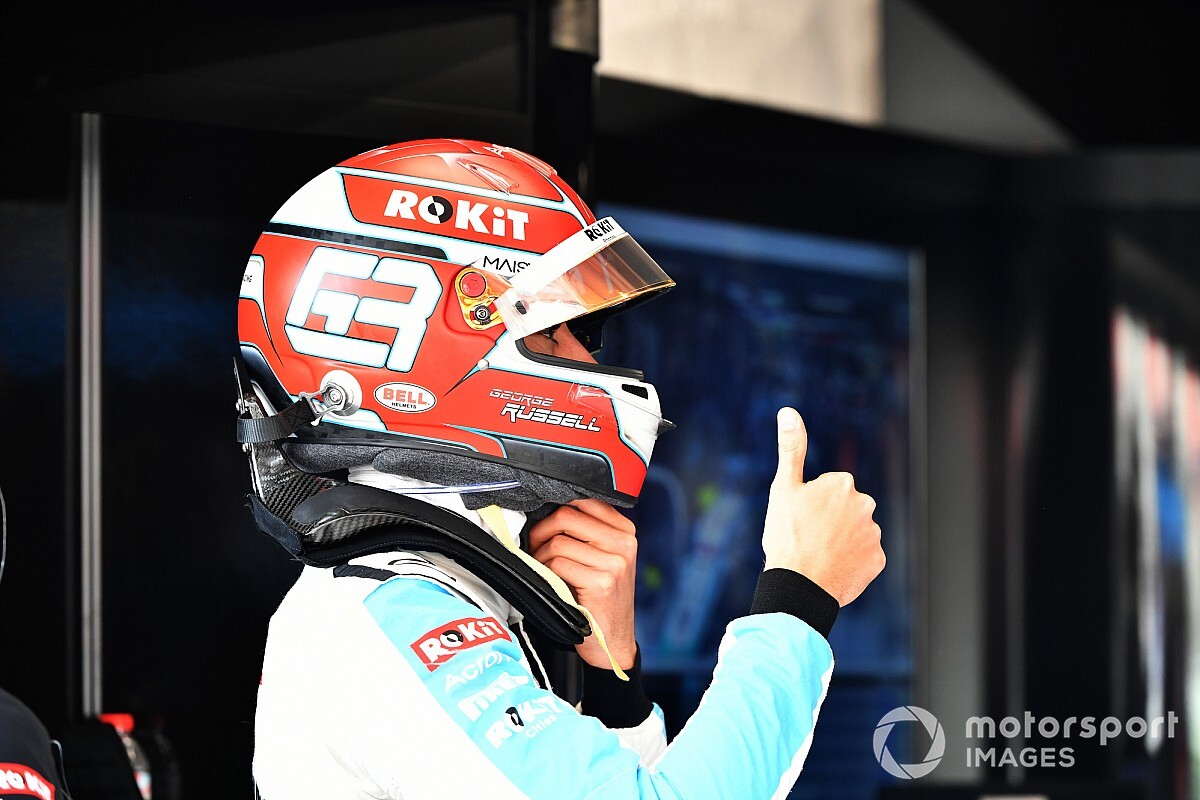 Russell took his first pole but slipped to fifth on the opening lap as former F1 driver Esteban Gutierrez stormed into the lead. Ferrari’s Charles Leclerc claimed the lead on the very next lap, overtaking Mercedes reserve driver Gutierrez around the outside of Turn 1.

Meanwhile, Russell began his recovery and made two overtakes in quick succession on his Williams team-mate Nicholas Latifi and Gutierrez. Alexander Albon was running into second place before he made an early pitstop as part of his unique two-stop strategy, this promoted Russell into second place behind Leclerc.

Following his one pitstop, Russell closed the gap on race leader Leclerc but picked up a three-second time penalty for corner-cutting.

F2 champions Leclerc and Russell swapped the race lead on multiple occasions going into the opening turn, with Russell finally building a decisive lead after an overtake with six laps to go. Russell tried to build a race lead of over three seconds to compensate for the penalty, but he wasn’t able to break away from Leclerc.

Leclerc looked set for his third Virtual GP win in four races before he picked up his own track limits violation penalty on the penultimate lap.

This was enough to effectively cancel out Russell’s penalty and the British Williams driver scooped his maiden Virtual GP win. Leclerc was forced to settle for second place ahead of Gutierrez, who claimed his first series podium in third place.

Albon’s two-stop strategy, which had briefly vaulted him ahead of Leclerc after the opening round of pitstops, only yielded fourth place.

Latifi took fifth ahead of ex-F1 driver Anthony Davidson (Mercedes) and Alfa Romeo’s Antonio Giovinazzi, who was another to enjoy a short spell leading the race on his alternative strategy. Haas F1 reserve Pietro Fittipaldi was eighth ahead of ex-Ferrari junior Antonio Fuoco – team-mate to Leclerc during his F2 title winning campaign – and Renault junior Max Fewtrell.

Lando Norris’ poor run of form in the series continued when he picked up a five-place grid penalty in qualifying for driving backwards as he attempted to get back to the pits after a spin at the final corner. He was involved in an incident in the opening laps of the race and later, picked up a penalty for speeding it the pits before eventually retiring.