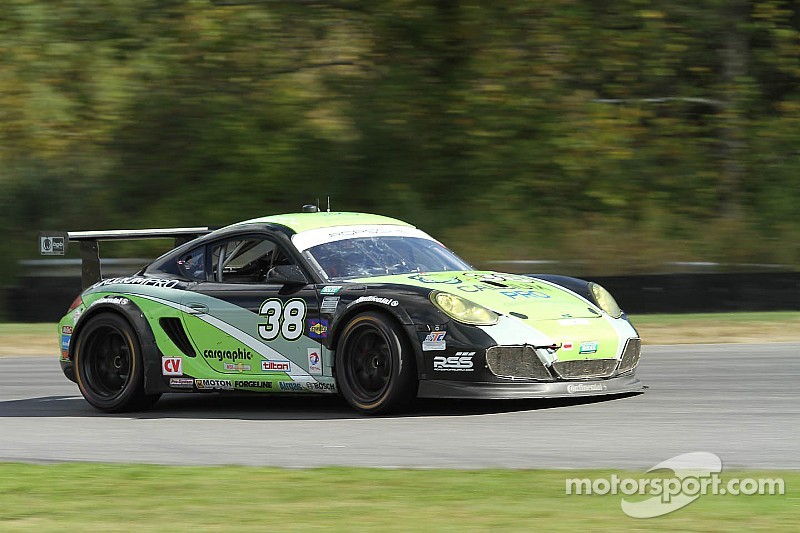 One of IMSA's strongest Continental Tire Series teams is branching out with a second Street Tuner program in 2015. Renowned BMW tuning and racing outfit BimmerWorld will launch a two-car Porsche Cayman effort under the Next Level European banner next season to complement its two-car BMW 328i team, and looks to use the Street Tuner platform as a venue to showcase its expertise across multiple German marques.

"Next Level European is the expansion of our BimmerWorld racing businesses," said BimmerWorld and NLE owner James Clay. "We know our traditional BMW customers often have a couple of BMWs in the garage, but many also have a Porsche, Audi, or similar. We continue to have great success racing the BMWs we've developed at BimmerWorld, but our skills apply to other marques as well, and this gives us a new opportunity and the flexibility to bring more European brands into our racing program."

BMWs and Porsche Caymans accounted for quite a few wins in Street Tuner during the 2014 season, and by offering both marques to his customers in the Continental Tire Series, Clay is confident the two-pronged attack will result in a formidable Championship campaign.

""We have partnered with BGB Motorsports on the Porsche Caymans builds, who we consider pioneers with these cars," he explained. "This will shorten the learning curve of the new model and launch us into the 2015 season ready to win Daytona.

"Many of our technical partners, including Motion Control Suspension, Performance Friction Brakes, and Red Line Oil have components and resources to give us a further edge in this new program. Everything we do in racing feeds back to our customers and the services and aftermarket products Next Level European offers. That has been our model since we began racing BMWs, and it's the same with Porsches and others as we expand."

"We are excited to be part of this program," said BGB Motorsports director John Tecce. "We spent many years racing these cars and the urge never dies. The fact that we were considered to do this by someone I regard as one of the finest builders of BMW race cars is beyond flattering. James' group and ours have similar cultures; his guys have the organization, the tools, and the wherewithal to win a Championship, and we are building the platform to achieve that goal in 2015. It will make a few eyes watery in January see the familiar 38 and 83 Porsche Caymans at Daytona again, albeit under a different banner."

NLE's driving roster has been finalized and will be announced in the coming weeks. With the program reading for its debut in January at Daytona, Clay expects to write a new chapter with the team's Porsche Caymans that will further enhance the Virginia-based company's standing in the industry.

"The Cayman proved how fast and reliable it was last year, and I am looking forward to letting our team loose on it," he added. "We have just wrapped up the new team structure, and by positioning some familiar faces in our organization within NLE, we'll capture the results we expect from the new venture. We have had a lot of success fielding German cars over the years, and look forward to bringing NLE to the front of the pack with the Cayman platform."

Actor to compete in Continental Tire Challenge at Daytona