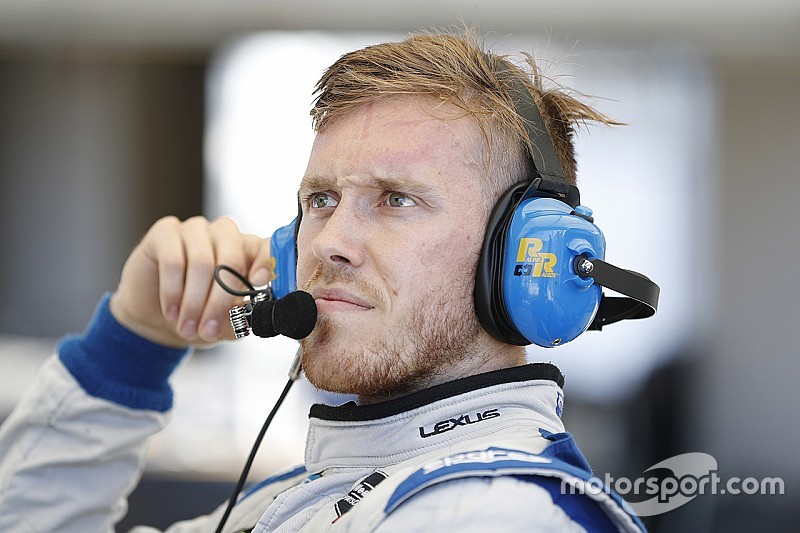 Jack Hawksworth will remain racing a Lexus in 2019 after signing with the new AIM Vasser-Sullivan squad, which has taken over the Lexus IMSA GTD operation.

Hawksworth has been racing the Lexus RC F for the last two seasons with 3 GT Racing, setting four pole positions and generally proving to be the team’s pacesetter, but the former IndyCar driver has been unfortunate on race days. Meanwhile teammates Dominik Baumann and Kyle Marcelli scored two wins this year.

AVS – formed by a partnership between established sportscar stalwarts AIM Autosport and IndyCar team owners Jimmy Vasser and James Sullivan – will take over the two-car Lexus entry in the GT Daytona class of the IMSA WeatherTech SportsCar Championship.

Said Hawksworth: “I am delighted and excited to be joining the AIM Vasser Sullivan racing team for the upcoming IMSA season. I have spent the last two seasons driving the Lexus RC F GT3 car and look forward to continuing the push forward in the quest to win the big races and a championship with the AVS team and Lexus… Thank you to AVS for putting their faith in me and to everybody at Lexus for their continued support. I can't wait to get started!"

AVS co-owner and lead engineer Ian Willis added: “Having Jack join us is an important step in accelerating the learning curve for all of us at AVS. The Lexus RC F GT3 is a new platform for us and Jack has proven that he understands the car and knows what it takes to put us in the winner’s circle.

“This is fantastic for us and offers a terrific advantage and opportunity for Jack’s eventual co-drivers.”

A press release added that “AVS has been flattered by the number of inquiries from talented professional and amateur drivers since the team was announced and is in the process of assembling its 2019 driver lineup.”