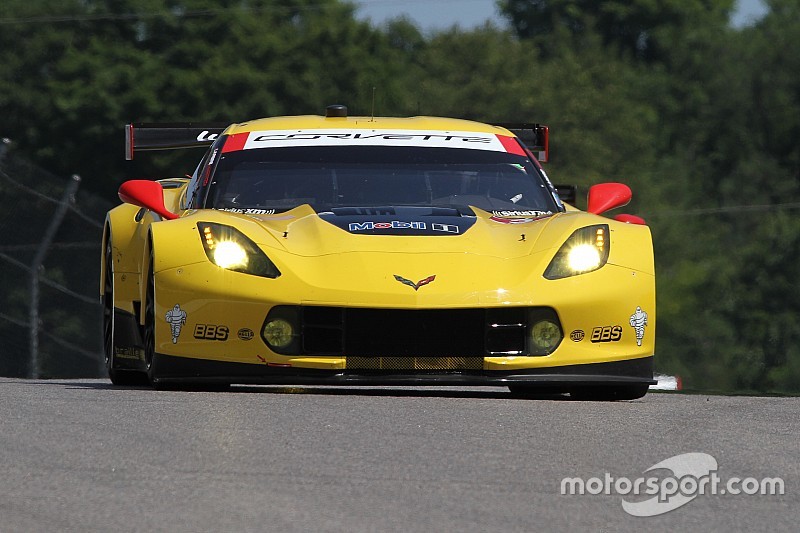 In his latest column for Motorsport.com, Jan Magnussen tells the story of the No.3 Corvette team’s latest exploits.

After Canadian Tire Motorsport Park, Antonio Garcia and I are back in the Tudor United SportsCar Championship lead. This was another case where the amazing teamwork from Corvette Racing really paid off.

With how competitive the GTLM class is at the moment, qualifying towards the front is very important because at a place like Mosport, it can be very hard to pass.

When you’re in traffic in the draft, and you don’t have the downforce, it makes it really difficult.

We had a really good car and I felt like we had an advantage in some places but couldn’t find a way through.

The Corvette Racing guys worked very hard on playing with tyre pressures during the race. We were expecting the day to be a little more overcast and just a small change in pressure can make a huge difference.

After the stop, Antonio resumed in sixth place and did an awesome job on going fast but saving fuel and looking after his tyres in the middle stint.

We actually ran a little longer than everyone else in the class and pitted a lap later.

He had made up a spot to fifth before the pit stops started but as everyone had already pitted, we were actually in the lead when he came in.

The Corvette Racing team did a brilliant job in getting the No.3 car out fast and nearly pushed Antonio all the way up to third.

It was a race out the pit lane and the No.24 BMW just passed Antonio as our car was coming up to speed.

Before the weekend we were tied for points with Bill Auberlen and Dirk Werner in their BMW. So as the last stint kicked off, we were in fourth spot and looking at our championship rival two spots ahead.

After more pressure changes the car really started to come alive in the final stint. Every position gained or lost in every race can make a huge difference in the championship this year.

Antonio was also doing an awesome job looking after the tyres at the end and I think the No.25 BMW was starting to struggle at the end.

Everything is so tight and the way the points work, it is very hard to gain an advantage.

With three laps the go the BMWs swapped positions and with two laps to go, Antonio had a chance and he took it. It was fantastic. Beating the Auberlen/Werner car puts us back in the points lead.

It didn’t look like that was going to happen at the beginning of the race. This was another race where the efforts of everyone at Corvette Racing made a huge difference. We’re going to continue to fight for every position and point in the last four races.

I really think this year’s championship is going to go right down to the wire in the closing minutes of Petit Le Mans.

We’re now back in the lead with a two-point gap and have our sights set on a strong showing at Road America.

Going back to regular car

We should be back in our original No.3 chassis that was damaged at Le Mans. We had a lot of success in that car at Daytona and Sebring this year and both of us are looking forward to getting back on board.

We’ve been very fortunate to have had access to the Larbre chassis at Watkins Glen and Mosport. That car will now head back to those guys in preparation for their next race at the Nurburgring in the WEC.

Thanks again to all the fans in Canada. Corvette Racing has a huge following up there thanks to all the years Ron Fellows was with the team.

We’re proud to keep pushing his old No.3 ‘Vette as hard as we can on what is a favorite track for both of us.

Scott Maxwell on the Ford GT: It will be incredible