It was a close battle for the Race 1 win on Saturday among the top three riders with a mere 0.849s separating the trio at the flag.

After six laps of back and forth tussle, Kannan having started from the front-row of the grid managed to edge out Arun Muthukrishnan and polesitter Prashanth Kumar.

Chennai's Kannan came into the weekend with two points behind leader Aravind Ganesh, but took the championship lead in Race 1 after Ganesh finished only fifth.

Ganesh's charge was held off as he got involved in a five-way battle for fourth place led by Naveen Raj. With Ganesh in fifth, he was followed by Shyam Shankar, Vivek Pillai and T Ramakrishnan.

In the Novice category, Yashas remained dominant in the first two races on Friday and Saturday, securing his title, after contender Yuvraj S finished third in Race 1 while retired from Race 2.

In the second race, Muthukrishnan held off Kannan in the 6-lap sprint race by a mere 0.521s over the line.

A second place secured the championship for Kannan, who scored a total of 153 points in the season, taking five wins.

Behind, Shankar beat Raj to final podium position as erstwhile standings leader Ganesh had to settle for fifth again ahead of Prasthanth Kumar.

Meanwhile, Ramakrishnan was penalised for a jump start and dropped to seventh with John Paul eighth, Vimochana Gadusu ninth and Sofyyan Ahmed completing the top 10.

Champion Yashas made it three in a row with Race 3 victory over Hari Prasath and Peddu Shri Harsha to end the season. 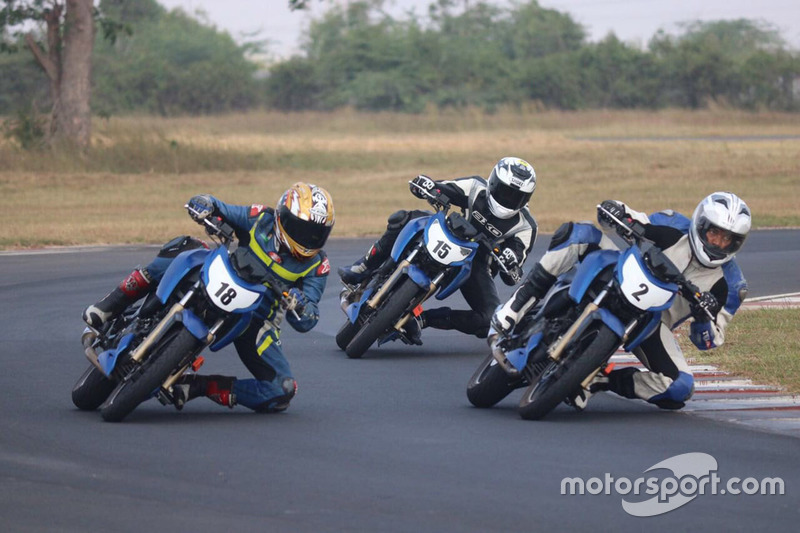