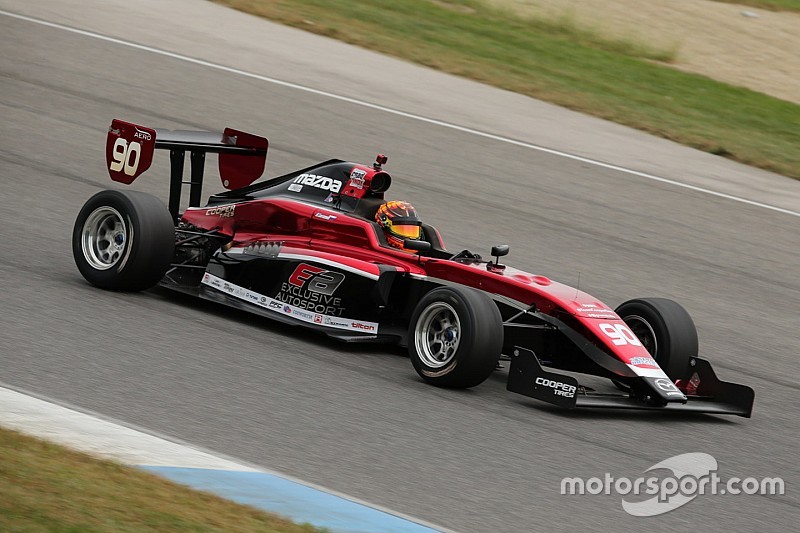 Nikita Lastochkin has joined his third Pro Mazda team in as many years as he switches to Exclusive Autosport for 2019.

The 28-year-old Russian spent two years in USF2000, first with Team Pelfrey, then Cape Motorsports, and ran for each of those squads in his first two seasons of Pro Mazda.

However, he has now joined Exclusive Autosport, as the Canada-based team embarks on only its second year in Pro Mazda with the aim of running three entries. Exclusive made a strong impression in its debut season this year, running Parker Thompson to second in the championship with three wins.

“I am thrilled to welcome Nikita to the Exclusive Autosport Pro Mazda program,” said Michael Duncalfe, team principal. “Nikita’s experience in the Road to Indy and maturity are great assets to the EA program. We are looking forward to a very positive and successful year with him in Pro Mazda.”

Lastochkin, who finished ninth in the points race last year, with two fourth places as his high points, added: “From the testing we’ve completed so far, the car feels very quick and suits my driving style well.

“Michael [Duncalfe] has been very welcoming and helped me feel at home right away and I think we are going to have a great year ahead of us.”

Road To Indy teams commence two days of testing at Homestead next week.