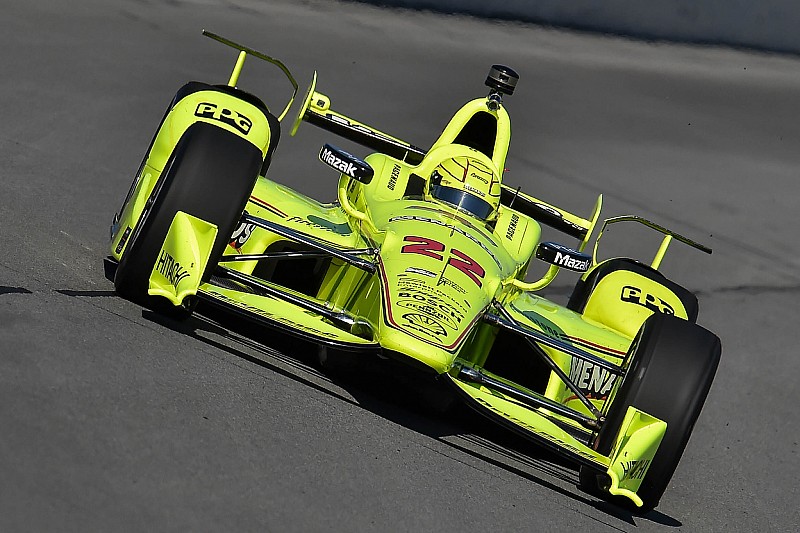 IndyCar Series points leader Simon Pagenaud was left clueless as to why his Penske car suddenly bottomed out and crashed at Turn 1 – as title rival Will Power went on to score victory.

Pagenaud’s crew chief Kyle Moyer believes low tyre pressures were to blame, as his charge was on his first flying lap after a pitstop, and also confirmed he'd taken some downforce out of the car during the stop.

Pagenaud’s car took off up the track, after bottoming out, and suffered a heavy impact with the SAFER barrier, which tore up its right-hand side.

He was classified 18th, so his 58-point advantage has now been trimmed to 20 ahead of Pocono winner Power – who now matches Pagenaud’s tally of four races wins this year.

“We just had a crash,” admitted Pagenaud. “The car bottomed and I went straight to the wall.

“Really weird because I had bottoming but not to that extent. I just lost control of the steering.

“It was really difficult in Turn 3 all day [with the wind]. Turn 1 changed when the wind shifted and died down.

“All we can do now is race on to the end of the year.”

Castroneves: “All of a sudden there was a car on top of me”