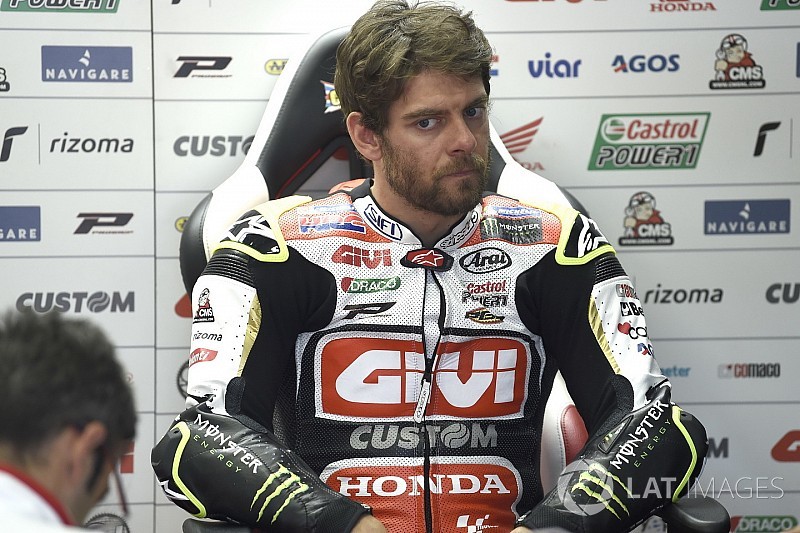 Cal Crutchlow has indicated he will refused to contest MotoGP's Austrian Grand Prix if it rains, as numerous riders raised safety concerns with the Austrian track.

Friday's opening Moto2 practice session at the Red Bull Ring was hit with a heavy rain shower in the opening 10 minutes, leading to a slew of crashes at Turns 1 and 3, the circuit's hardest braking zones.

With the barriers also close to the circuit in the areas where most of the crashes happened, many riders have since expressed their concern at having to ride in the conditions.

Typically one of MotoGP's strongest riders in the wet, Crutchlow said on Saturday that he had "no interest" in riding if it rains – the Briton revealing he had previously asked for barriers to be moved further away from the circuit.

“I said that if it rains I'm not riding there, no interest,” he said. “No interest because there are barriers everywhere.

“As you saw everyone was crashing in complete straight line, then we go to the left and it's a right-hand corner, [it's] just ridiculous. I told them to move the barriers back. I have no interest in riding in the rain here.”

Pramac Ducati's Danilo Petrucci said he felt the track was the most dangerous one on the calendar, an opinion shared by Tech 3 Yamaha rider Jonas Folger.

"Even in dry conditions the front tyre is locking a lot of times, more than normal," explained the German. "That’s coming from the rubber of F1, so it makes it more slippery.

"Many braking points you have right corner, but you turn left with the bike, because it’s a snaking straight, and when you crash there it’s really dangerous."

Aprilia's Aleix Espargaro shared Crutchlow's unwillingness to ride in the wet at the Austrian circuit, the Spaniard highlighting the potential for incidents like the one that claimed the life of Moto2 rider Luis Salom in Barcelona last year.

“I will not race in the wet,” said the Aprilia rider, who came under fire from former British Superbike champion Josh Brookes on social media for his comments.

“Everyone say yesterday in the Safety Commission they will not ride in the wet. But when the lights come green, everybody [will] go. For sure, I will not be the first to go out.

"We saw in Moto2 it's super-dangerous and Moto2 is street engine. We arrive more than 300km/h on the brakes, so we lock the brakes at 300km/h the bike goes completely to the barrier.