Espargaro out of Aragon GP after practice crash

KTM rider Pol Espargaro will not take part in this weekend's Aragon Grand Prix after fracturing his left wrist in a practice crash. 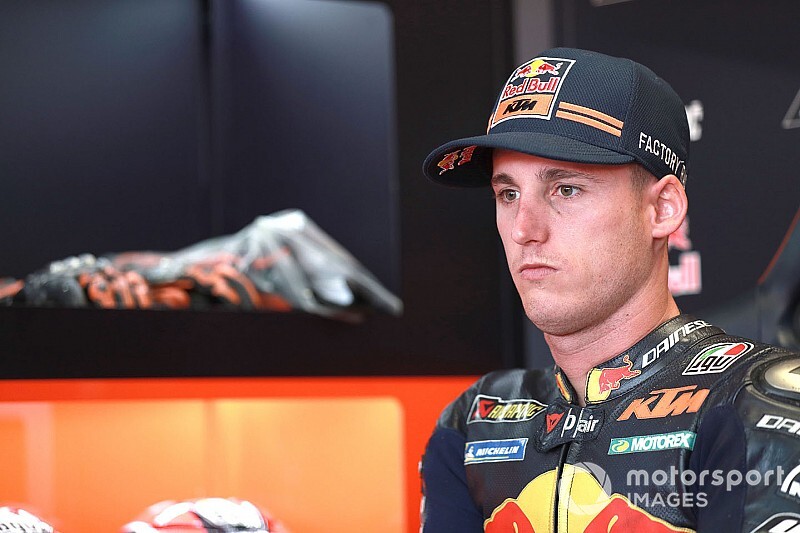 Espargaro suffered a crash at Turn 9 during Saturday afternoon's fourth practice session, and skipped the subsequent qualifying session after being taken to the medical centre.

Later it was confirmed the Spaniard had broken his left radius in the impact and will need to travel to Barcelona for further treatment.

It means KTM is reduced to one works rider for the Aragon GP, with recently-promoted test rider  Mika Kallio flying the flag for the squad alone.

Kallio is making his first race outing of 2019 in place of Johann Zarco, who was stood down from his race seat with the Austrian manufacturer six races early.

The Finn was ninth-fastest in Q1 and therefore lines up 19th on the grid on Sunday.

UPDATE: On Sunday morning, KTM announced that Espargaro had undergone surgery in Barcelona on his broken wrist, as the severity of the fracture was worse than first thought.

Now the 28-year-old faces a race against time to be fit for the Thailand Grand Prix in two weeks.