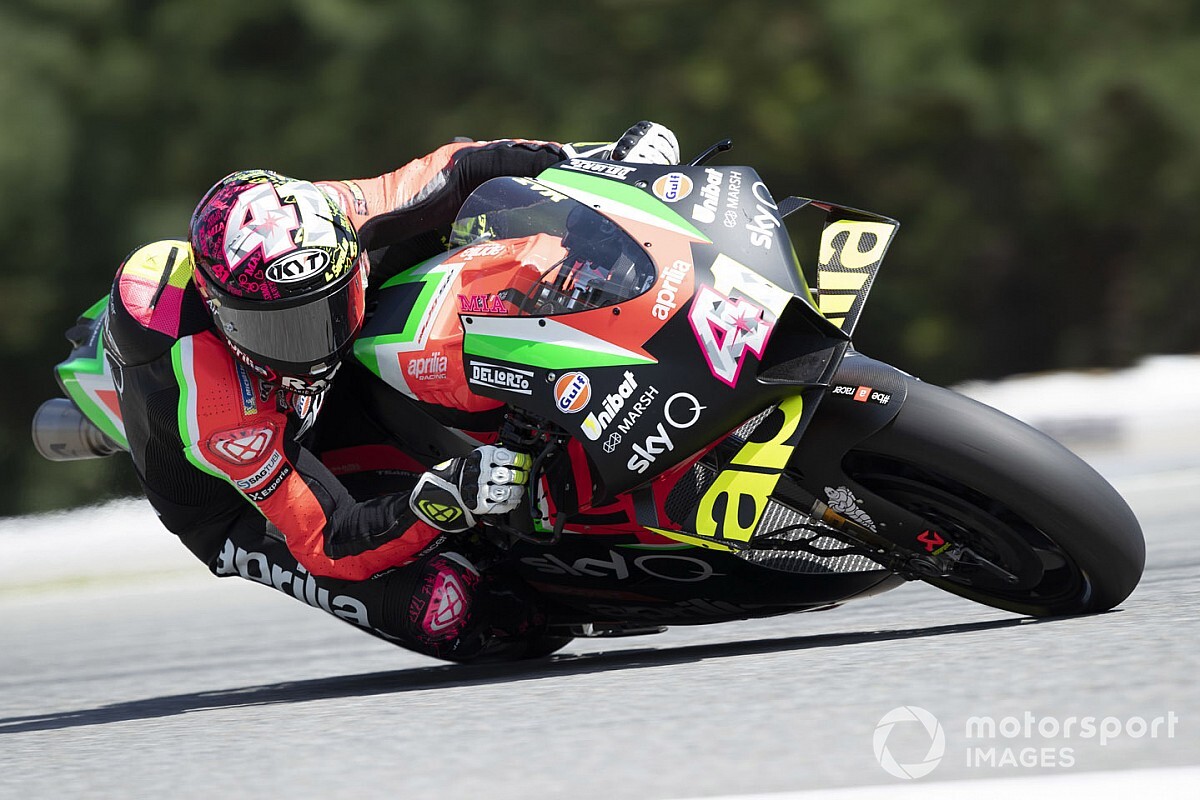 Aleix Espargaro says the traction of Brad Binder's race-winning KTM relative to his Aprilia made him feel like he was a Moto2 rider during MotoGP's Czech Grand Prix.

Espargaro started from fourth on the Aprilia RS-GP and ran second on the opening lap after overtaking championship leader Fabio Quartararo's Petronas Yamaha at Turn 4.

But the Aprilia rider was quickly shuffled down the order by Quartararo and the factory KTMs of Binder and younger brother Pol Espargaro, with Aleix ending up 10th at the chequered flag.

After two DNFs at Jerez, Brno marked the first full race distance for Espargaro on this year's heavily-revised RS-GP.

Asked by Motorsport.com what he learned about his bike in a race situation, Espargaro said its traction and corner speed need to be improved.

"We have to improve the traction a little bit to gain acceleration," he said. "But for the key point is to be able to increase the corner speed.

"I don't know why we suffer in this area. In the winter I was strong immediately on the RS-GP '20, but from Jerez and here I can't maintain the speed when I release the front brake and this is a problem.

"Apart from that, the KTMs today were in completely another level in terms of acceleration. I never saw anything like that, even in Austria a few years ago when Ducati was flying.

"The traction that [Miguel] Oliveira had, Binder, Pol - when they overtook me my feeling was that I was in the Moto2 class."

Commenting further on his race, Espargaro added: "Overall, satisfied to be able to finish the race after the disaster of the first two rounds. I can be happy.

"To be in Brno, it's a difficult track for us, one of our worst circuits of the last three years, so [it] wasn't a super disaster in terms of distance - about six or seven seconds from third place, or eight, nine seconds. It's not super-far.

"Anyway, after qualifying, as expected, I couldn't follow them in the race, no way at all. The bike was not turning as I expected, losing in many places at the circuit.