Nakagami felt "no negatives" on 2020 Honda in Misano test

LCR's Takaaki Nakagami says he felt "no negatives" when he tested the 2020 Honda at Misano on Tuesday, though concedes the feeling relative to the 2019 version was largely similar. 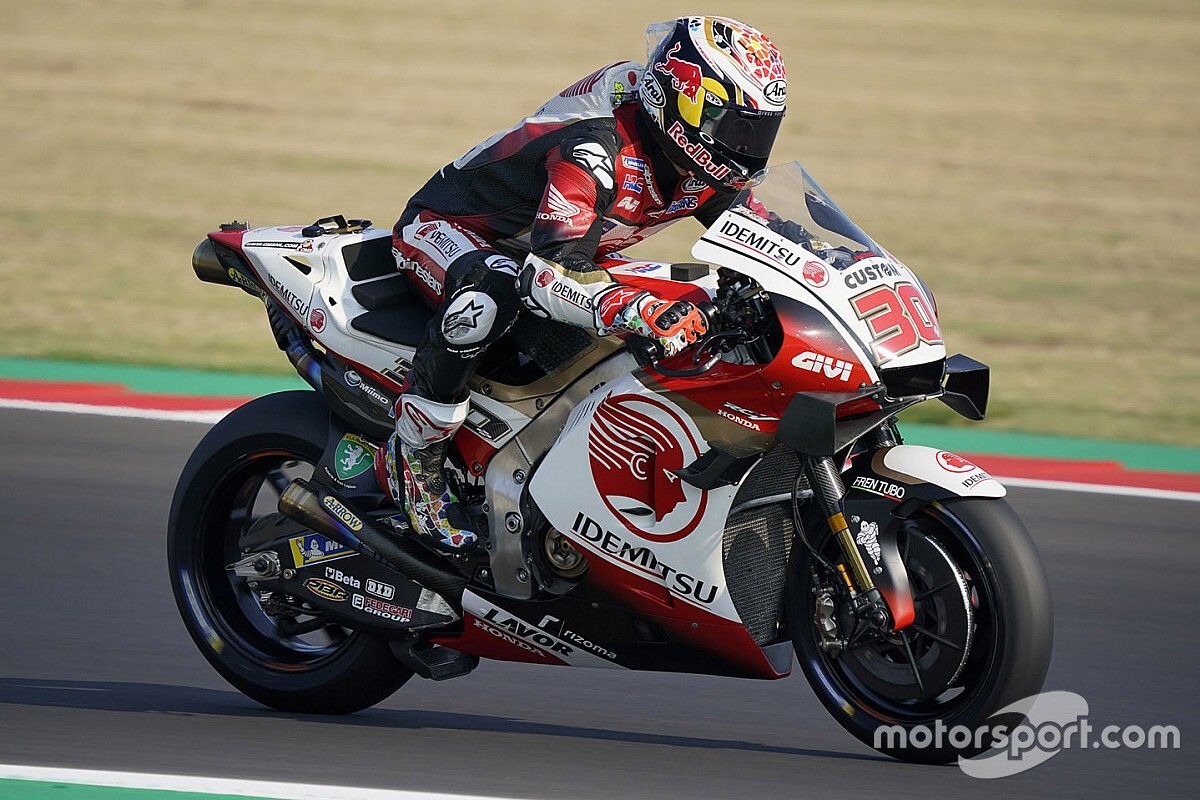 Honda endured a tough winter with its current bike, with those woes carrying over into the season and the top 2020 RC213V-mounted rider of Alex Marquez sitting on just 15 points in 17th in the standings.

By contrast, Nakagami is just 23 points of the championship lead in ninth on last year's RC213V.

Nakagami's LCR teammate Cal Crutchlow – who is absent from this weekend's Emilia Romagna Grand Prix following complications from recent arm pump surgery – has been most vocal, admitting last month in Austria he was "going in circles" with the bike.

With Honda's two top riders in Crutchlow and world champion Marc Marquez sidelined, HRC gave Nakagami the 2020 bike to evaluate on Tuesday in the test.

Though he only rode it in the morning before crashing and abandoning the running as to not get lost with his current bike ahead of this weekend's race, Nakagami admitted he was "comfortable" on the 2020 version.

"Well, not very, very positive because of course the engine is a little bit different, more power," he said when asked by Motorsport.com if he found the 2020 bike to be positive.

"But chassis is really similar, and I didn't feel any different feelings; no negative, no positive.

"But I didn't feel any negative feeling with this bike, so the lap time is quite consistent even with the new bike.

"Unfortunately, I had a crash at Turn 1, but we know the crash is from the bumps. I hit quite a big impact at that moment and I couldn't manage well and I lost the front. So, we know what happened.

"But for all the rest, I felt quite comfortable with the '20 bike, and even also our bike which is the '19 bike. Yeah, good thing is with both bikes the lap time is quite consistent – not only with the new bike.

"We only tested in the morning, and after that I didn't want to lose the feeling [with the 2019 bike]. This weekend is really important for us.

"After the crash, I went back to the pits and we changed back to our bike and after that we worked on trying to improve our bike. But I felt both of the bikes were really good."

Nakagami is set to begin talks with HRC this week about his 2021 plans, with his current performances currently warranting current factory machinery in LCR colours.

The Japanese rider also confirmed on Thursday that he raced with the holeshot device for the first time last week, though only for the start.

Quartararo "getting used" to riding with problematic Yamaha