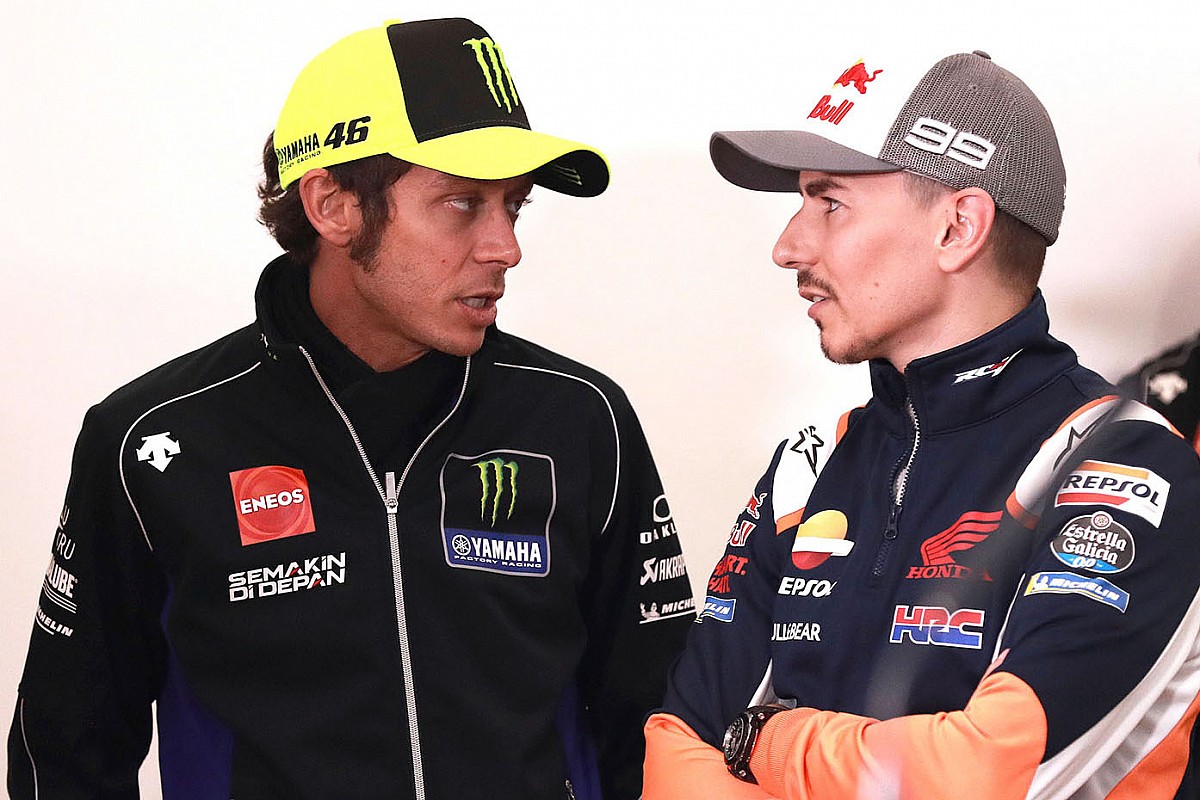 MotoGP legend Valentino Rossi says he "pushed a lot" for his Yamaha team to sign his former archrival Jorge Lorenzo as 2020.

Lorenzo, who won three titles during his nine-year stint as a Yamaha MotoGP rider, retired from full-time competition last year and returned to the Iwata manufacturer as a tester.

He rode the M1 bike during the recent Sepang shakedown, and said it was "still ideal" for his riding style.

Rossi and Lorenzo had a famously difficult relationship during their time as Yamaha teammates, but the Italian said that he was certain his team could use Lorenzo's input this year.

"For me Jorge is perfect for us," Rossi said. "Because, first of all, I pushed a lot with Lin [Jarvis, team manager] and with Yamaha to speak with Jorge, I think it's a clever decision.

"Maybe somebody had some doubts because Jorge last year at the end was a lot in trouble with the Honda, but I always said to them that it's enough that he ride one day with the M1 and he can be competitive, and in fact it was already like this the first day.

"And for us it's important because now in modern MotoGP it's very important to have a good test team, that brings the data and everything, but you need a rider that can be strong, can be fast, can make the same laptime than us [the factory riders].

"For us I think will be a big help for improve the bike in a shorter time."

Rossi's factory teammate Maverick Vinales was likewise elated by Lorenzo's hiring, saying he would appreciate the chance to work with a fellow Spaniard and someone who's won titles on the M1 bike.

"For me it's really important because also we are nearly from the same place, we speak the same language, also [our] characteristics are very similar, for me it's much more easy to work [with him]," Vinales said of Lorenzo.

"Also for the development of the bike Jorge has been on the Yamaha for the best days of the Yamaha, he will know very well what we need to improve."