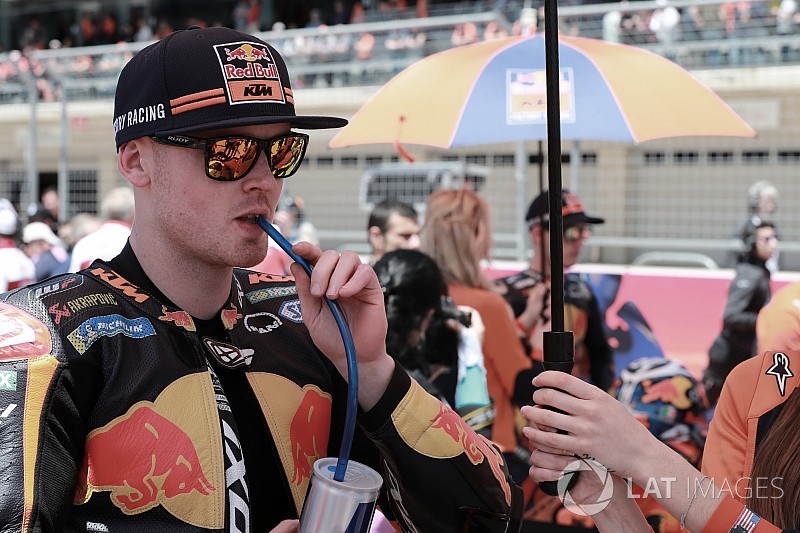 The Briton currently doesn't have a seat locked down for the next season, but he declared interest in returning to his old team Tech 3, which will become a KTM satellite team.

"The nice thing about it all, and KTM will tell you as well, that this announcement doesn't meant that I'm out of the group," Smith said.

"It just means that I'm out of the factory team. They've still got two bikes available on the grid, which - they would like to put me on one of them, and they can sit and wait and decide what they want to do, when they want to do that, and if my results warrant that.

"But right now that's the main focus for us as a group, and that option's available to me."

However, Poncharal said Tech 3 will be a KTM junior team from 2019 onwards, and Smith is too experienced to fit the team's profile.

"Concerning Bradley I haven't heard anything," Poncharal told motogp.com. "He hasn't talked to me yet, I don't what KTM's plan is, I don't know his plans.

"I think he is a very good development rider but clearly I don't think Bradley is a junior rider, he is an experienced rider with a lot of feedback knowledge of the bike, so I don't know."

Smith said he is willing to go back to a satellite team after two years as a factory rider as he has to "keep all options open".

"We have to keep all options open. My manager's here again this weekend and of course we'll be speaking to everybody.

"He'll present whatever is available on the table, and when the right time to decide is, then that's what it does."

"My priority is wherever I feel that I'm going to be racing my best and enjoying myself, which is the most important thing."

"Nothing is done, there are a lot of possibilities, but Syahrin, Oliveira is a strong possibility," Poncharal said.

"I am very happy with Hafizh Syahrin. We were in a difficult situation when Jonas Folger decided not to race and finally we find an incredible, exciting and performant solution.

"The position of our team is clear, and this is what we discussed and planned and this is also the will of KTM, we are the junior team.

"KTM made it public they have offered Miguel Oliveira the possibility to step up to MotoGP class with Tech 3 and full factory support from KTM."