Vinales out of "my comfort zone" in Aprilia MotoGP debut

Maverick Vinales says he was “not anymore in my comfort zone” lining up for his first race on the Aprilia in Sunday’s MotoGP Aragon Grand Prix.

The nine-time MotoGP race winner made his first official appearance with Aprilia at Aragon having been dropped by Yamaha with immediate effect following his Austrian GP suspension.

Vinales completed two days of testing on the RS-GP at Misano ahead of his grand prix debut with Aprilia, and across practice and qualifying at Aragon he made a lap time gain of 2.4s.

Qualifying down in 19th, Vinales went on to finish his first race with Aprilia 18th 27.1s from the win and just under 20s from fourth-placed teammate Aleix Espargaro.

Vinales was content with his race as it offered him vital data to aid him in his adaptation process with the Aprilia – though admitted lining up on a bike that was not expected to win was a new "challenge" for him.

"I'm not anymore in my comfort zone, so this is a challenge," Vinales said.

"This is a big challenge. It's true that the result is the result, but for us these six races are like a wish, and this is nice because we can start working, we can start understanding each other and this is the point and where we have to work.

"I would like to be in front from the first race, but it's not fair [to expect that]. I need to work harder, and I need to understand a little bit more the bike.

"It's step by step. There's going to be a point where we're going to make a big step, that's clear." 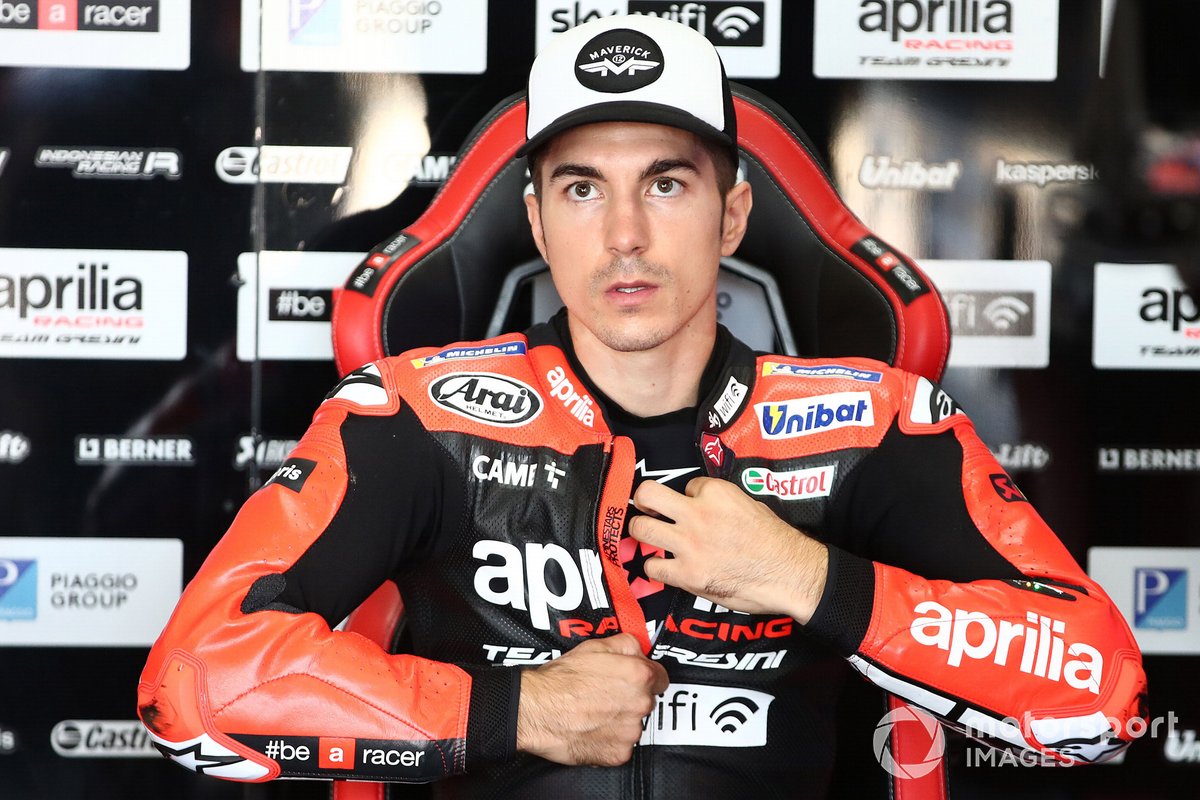 Vinales made it clear that the main point he needs to work on with the Aprilia is corner-entry as he is still lacking confidence on the front end to be able to maximise the RS-GP in this area.

"I need to improve a lot the corner entry because I was used to doing it one way [on the Yamaha] and now I need to change it a little bit, and still I don't have the confidence to do it," he responded when asked by Motorsport.com if this was the main area to focus on.

"So, it will arrive. On traction area, I felt quite good and this is very positive. And also tyre life was good all the race, I could push till the last laps.

"So, there is positive things, even if the race wasn't perfect. But we have positive points, which is always very important.

"It's clear that there is one negative that I have to improve, and sure the guys need to help me a little bit. But for sure I need to improve on that area."

An issue which always plagued Vinales on the Yamaha was the change in grip come race time after the Dunlop Moto2 rubber had been laid from the intermediate class grand prix.

But encouragingly, Vinales says he felt no significant drop in grip from practice in Sunday's Aragon GP.

"I did the same pace that I did in FP4, so I didn't feel a loss in grip, so this is important too," he added.

"So, on the beginning of the race when I felt a good potential on the bike I was limited, because I had a few riders in front, also I didn't know the bike, I didn't know how much I can push.

"But then in the middle of the race I felt quite nice, so I could ride well and at the end of the race we were quite competitive.

"It's hard, everyone is going so fast. So, yes, step-by-step we will arrive, I am pretty sure of that. This was the first step."

Marquez: Bagnaia was like Dovizioso in Aragon MotoGP battle