Off to his best start, Aric Almirola now ready to “challenge for wins” 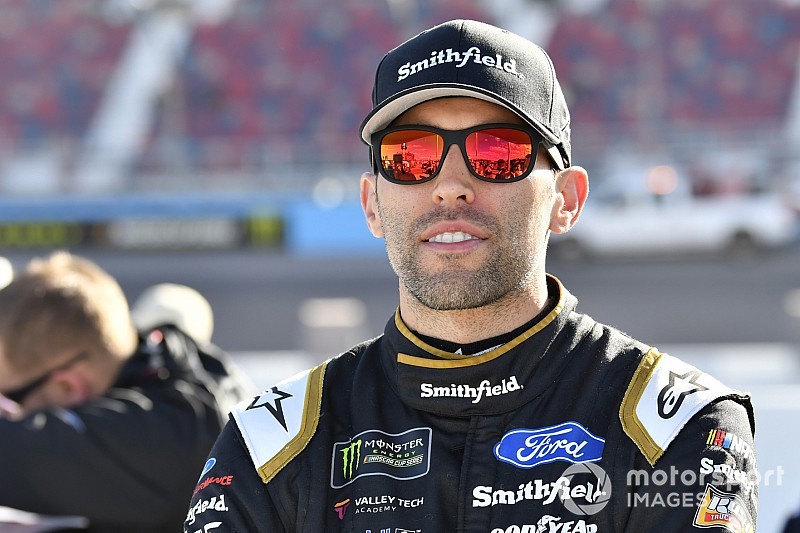 Stewart Haas Racing driver Aric Almirola is off to the best start of his NASCAR Cup Series career but wants his cars just a little better to contend for wins.

After finishing 32nd after a crash in the Daytona 500, Almirola enters this weekend’s race at Martinsville (Va.) on the heels of four consecutive top-10 finishes, tying the longest top-10 streak of his career.

After finishing fifth in the final series standings last year, Almirola is happy to continue his strong performance early this season.

“Yeah, it’s been a great start to 2019,” Almirola said. “I really feel like as a team we’ve picked right up where we left off at the end of 2018. Obviously, the end of 2018 was really good for us and we ran really strong, found ourselves in contention to win a lot of races, won at Talladega and closed out the year really strong, finishing fifth in the points, so if you’re not gonna make it to the final four, you might as well be the best of the rest.

“I feel like we’ve rolled out of 2019 the exact same way. Daytona, it is what it is. We got caught up in a wreck, but since then we’ve really maximized each and every weekend and done a really good job.”

Almirola , 35, is even more excited for the months ahead because he believes his No. 10 Ford team and SHR in general has plenty of room for improvement.

He believes SHR will begin enacting some changes next weekend at Texas Motor Speedway based on what they learned in the West Coast races and that should give them a chance to improve even more.

“I think Texas is finally the first opportunity that we’ll have to actually implement change into our cars,” Almirola said. “Our West Coast cars were essentially built as we were getting ready for Atlanta. All of our cars getting ready for Atlanta, Vegas, Phoenix, California were all with really one mindset and looking at certain things from the engineering department and the aero department.

“Now, we’ve had an opportunity to run those handful of races and go back and digest all of the information and look at everything and have this week gap here while we’re at Martinsville to go through and implement like, ‘OK, we’re getting beat? Why?’ And here’s why we think we’re getting beat, let’s go to work in this area and let’s implement that into our Texas cars.”

So while he enjoyed four strong finishes, Almirola said based on what they learned on the three-race West Coast swing, they have the potential to be even better in the weeks ahead.

“I’m glad that we came out of the gate as strong as we did – that we weren’t off further – but I think it’s very evident to all of us at SHR that we’re not where we want to be and when you hear our leader, Kevin Harvick and Rodney (Childers) and those guys talking about being off and not having what they need to win, we’re still leading laps,” Almirola said.

“I’ve led more laps in the beginning of this year than I’ve led in any other year in my career. I’ve got four top 10s in a row. I’m off to probably the best start of my career, and yet we feel like our cars are not where they were last year.”

So what comes next for the two-time Cup Series winner? The opportunity to win races, he said.

“We have top 10, top 5 cars and we’re finishing top 10 and top 5, so when we get our cars where we need to win, I feel like we’ll find ourselves in position to win some races,” he said.

“I think some of that will already be implemented into our Texas cars and then it will just continue to develop and we’re going to be playing catch-up until we’re routinely challenging to win races.”

Keselowski fends off Elliott for Stage 1 win at Martinsville