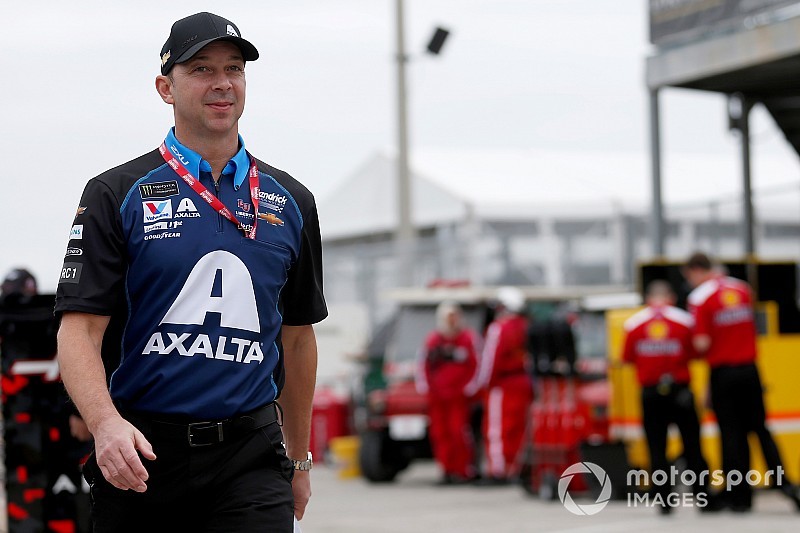 Chad Knaus isn’t trying to reinvent the wheel but working with one of the NASCAR Cup Series’ youngest drivers has changed his perspective.

The two got off to a quick start Sunday as Byron won the pole for next weekend’s Daytona 500 amd Hendrick Motorsports drivers swept the top four qualifying positions.

Asked if working with Byron made him feel 21 again, Knaus said: “Man, I’m a long ways from that. A wise man told me once, he said, ‘When I was young I used to go to bed sore and wake up feeling fine. Now that I’m old, I go to bed feeling fine and I wake up sore.’ There’s some reality to that.

“But it has put some wind in the sails for sure, you know. To be around a young group of guys again, seeing that enthusiasm, the big eyes, the open eyes is a lot of fun, and it’s going to be a great time.”

Byron’s pole was the fifth consecutive by a HMS driver in the 500. Even while HMS had struggled on the competition side in recent seasons, it has still remained the team to beat coming to Daytona.

“A lot of hard work and a lot of effort for and from everybody at HMS to be able to do that,” Knaus said. “The top four spots, that’s a pretty amazing feat I feel.

“If you go back and you look at our qualifying efforts at the superspeedways the last handful of races, all four of those cars have been in a pretty tight box, and that’s a pretty amazing thing to do.”

Back where he began

In many ways Knaus has seen his career come full circle.

“The last time I came here with a new driver (Johnson), we sat on the pole. So it’s kind of cool. It really is. This is really special for me,” he said.

“You know, a lot of you people were here back in the No. 24 days, in its youth, and to be a part of that and be able to come back as crew chief of the No. 24 car and qualify first for the Daytona 500 is just an awesome dream for me.”