The Dale Jr. Download returned Wednesday on NBCSN with Dale Earnhardt Jr. discussing the 62nd running of the Daytona 500.

"I was focusing on our car, and everybody started celebrating it around us," team owner Joe Gibbs explained in the post-race press conference then. "So, I say to everybody out there, some people may have saw us and said, 'Well, these guys are celebrating when there's a serious issue going on.' So, I apologize to everybody, but we really didn't know. We got in the winner's circle, and that's when people told us later on. So I wanted to explain that to everyone."

Hamlin released a statement on Twitter, saying he had "no idea" how bad the situation was.

Newman was said to be in 'serious condition' but that the injuries were 'not life threatening' in a press conference with NASCAR Monday evening.

"Denny (Hamlin) goes and celebrates his win and he caught a lot of flak for that. I didn't feel like that was deserving. I appreciate Joe Gibbs issuing an apology but I didn't really feel like it was necessary," Earnhardt Jr. said during Wednesday's show.

He compared the situation to that following the 2001 Daytona 500 when an elated Michael Waltrip did not know how severe the accident of Dale Earnhardt Sr. was while celebrating his shock victory.

"If people think back, even with Dad's accident in 2001, I mean Michael (Waltrip) celebrated. He was in Victory Lane with his entire team celebrating, the team owned by my Dad before they finally were getting the right information. No one in that moment went 'Oh how dare Michael be celebrating until we figure out what's going on with Earnhardt.' It's just a different time and people react differently to those type of situations. I think they're being overly critical of Denny and his team.

"It's unfortunate that someone in that camp did not get to Denny quicker and tell him to pause and hold on his celebration. it didn't happen, and it's unfortunate, but it's not that anyone is right or wrong. It's just how it played out."

Thankfully, this incident had a far more positive outcome than 2001 with Newman discharged from Halifax Medical Center less than 48 hours after the crash, walking out of the hospital with his family.

Ross Chastain will replace him in the No. 6 Roush Fenway Racing Ford Mustang at Las Vegas Motor Speedway this weekend. 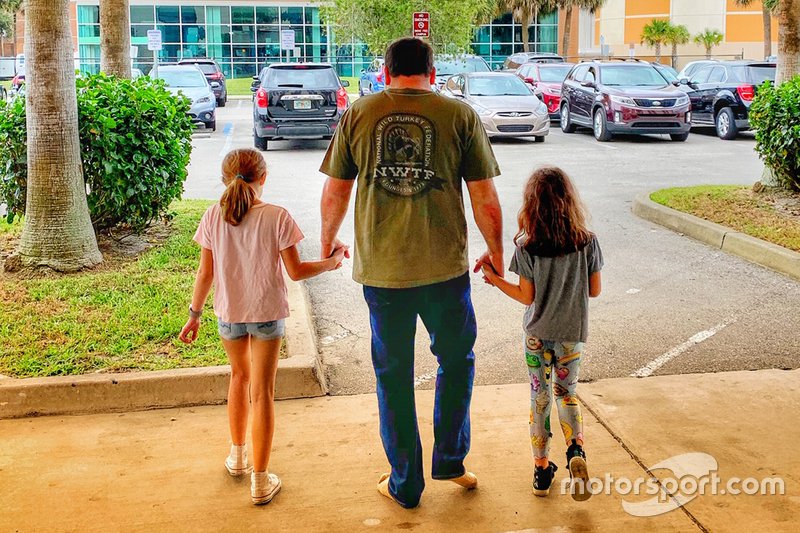 Hamlin: Daytona 500 risks being “strung out” due to Next Gen draft