Kyle Larson: Second was "12 to 15 spots" better than we deserved 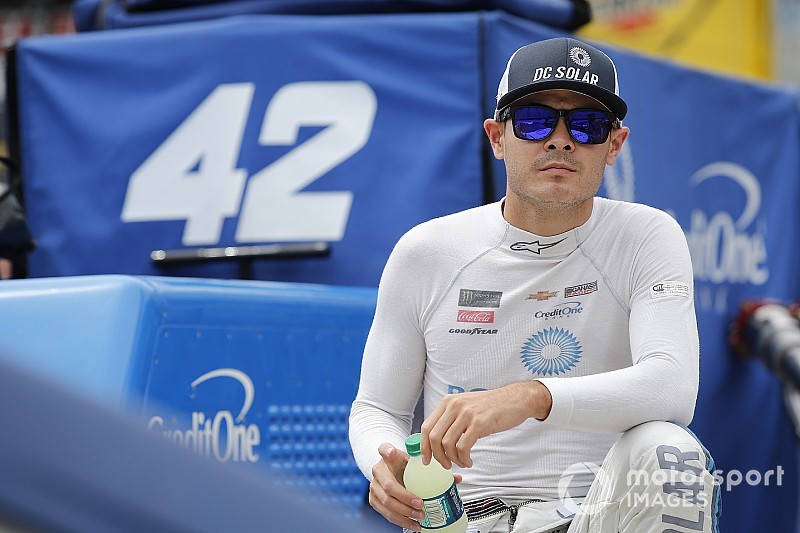 Larson had won the pole for Bass Pro Shops 500 and fresh off an Xfinity Series win at the track on Friday night, he was excited about the opportunity to pick up his first Monster Energy NASCAR Cup Series win at what he considers his “favorite track.”

Instead, Larson struggled with the handling of his No. 42 Chip Ganassi Racing Chevrolet from the start.

“I’m happy to finish second. That’s probably 12 to 15 spots I feel like better than where I deserved to finish,” Larson said after the race. “Our car was just really bad. I got lucky all night lining up in the right lanes.

“I could gain three or four spots every restart. Just fight to hang on there. Then I’d be terrible at the end of the runs.”

Saturday night’s result was especially frustrating for Larson because of how close he has been to winning at Bristol. He finished second in the spring despite leading 200 laps. In the two previous starts before that, he finished sixth and ninth after leading a combined 272 laps.

Still, Larson managed to stay in view of the front in Saturday night’s race as the race wound down, which at Bristol typically means you still have a chance to win.

With 19 of 500 laps remaining, Kyle Busch spun and wrecked off Turn 3 bringing out a caution. On the restart with 13 laps to go, Kurt Busch led the way, followed by Bowyer, Denny Hamlin and Larson.

Bowyer spun his tires on the restart and Larson being in the outside lane helped him quickly power into second behind Busch. Larson remained close to Busch but could never get in position to attempt a pass for the lead.

“I was able to sneak into fourth right before that caution came out. Fourth is the second best place to start besides the leader. I knew I would get out to second,” Larson said.

“I hadn’t been around Kurt on the short runs there to see what he was doing. I was hoping maybe he would run the bottom for a couple laps (but) he went straight away to the top. I knew it was going to be tough to pass him.

“I knew if I got close to him, I’d have to use the bumper a little bit. I never even got close enough to get to him there.”

Kyle Busch: “It just wasn’t meant for us this weekend”