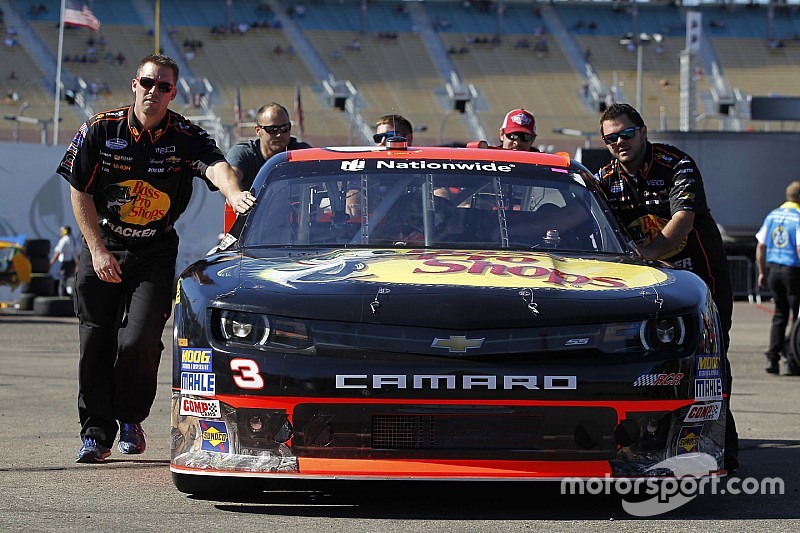 Harrison and Stockman trade teams for the remainder of the 2015 season.

After weeks of speculation that a crew chief swap was in the works for Richard Childress Racing’s XFINITY Series program, the team made it official on Wednesday.

Harrison has worked with three drivers this season, but has enjoyed the most success with Austin Dillon, who has earned two wins, five poles, eight top fives and nine top 10s. With the exception of an engine failure at Fontana, Dillon’s worst finish in 11 starts is 16th.

However, it’s the younger Dillon, Ty, who is running for the NXS driver’s championship. And although he and Stockman finished fifth in his rookie season with a victory at Indianapolis, this season the No. 3 is winless.

Still, Dillon is second in the point standings and has not finished worse than 14th. He’s posted three top fives, 10 top 10s and led 42 laps. Despite Dillon’s average finish of 8.5, there were reports of a lack of communication between driver and crew chief. Consequently, team owner Richard Childress felt it necessary to jumpstart his grandson’s program.

We are making some mid-season personnel changes to improve the overall performance of our teams this season.

"Like many teams this time of year, we are making some mid-season personnel changes to improve the overall performance of our teams this season," Childress . "This will also give us an opportunity to get an early look at what our personnel lineup might look like for the 2016 season."

Dillon's dream? To run full-time in Cup and XFINITY in 2016